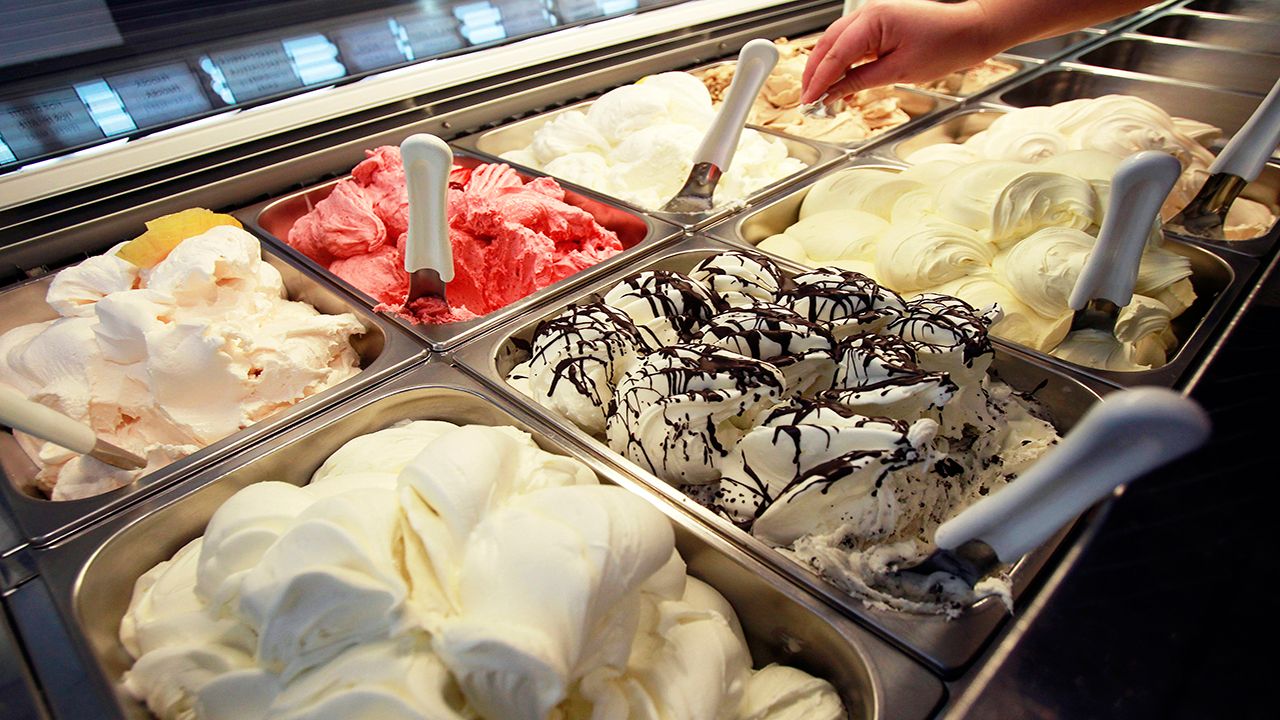 One of the best things to do on a hot summer afternoon is to grab a cold treat from the local ice cream shop or race to catch the neighborhood ice cream truck.

You probably didn’t give it much thought, but did you know that certain cold treats are better than others when standing up to the summer heat?

Although ice cream and gelato are made and stored the same way, they have different serving temperatures, and one melts slower than the other.

Gelato has less fat than ice cream. While ice cream is heavy on the cream and has a fat content of at least 10%, gelato uses more milk than cream and also uses fewer egg yolks, if any.

Ice cream makers churn ice cream faster and harder than gelato and this means that more air gets into the ice cream, making it a little fluffier. Meanwhile, gelato churns at a much slower pace, keeping it dense and sometimes more flavorful.

We also serve the two at different temperatures.

Ice cream is best served at 10 degrees Fahrenheit, but if we served gelato at that same temperature, it would be way too hard and would lose that soft texture.

Gelato is best served 15 degrees warmer than ice cream. If we served ice cream at the same warmer temperature, it would melt and become soupy.

So when it comes to standing up to those sweltering summer temperatures, gelato is the way to go if you want the treat to last longer before melting. Nothing against ice cream though! Both are great ways to cool down this summer!