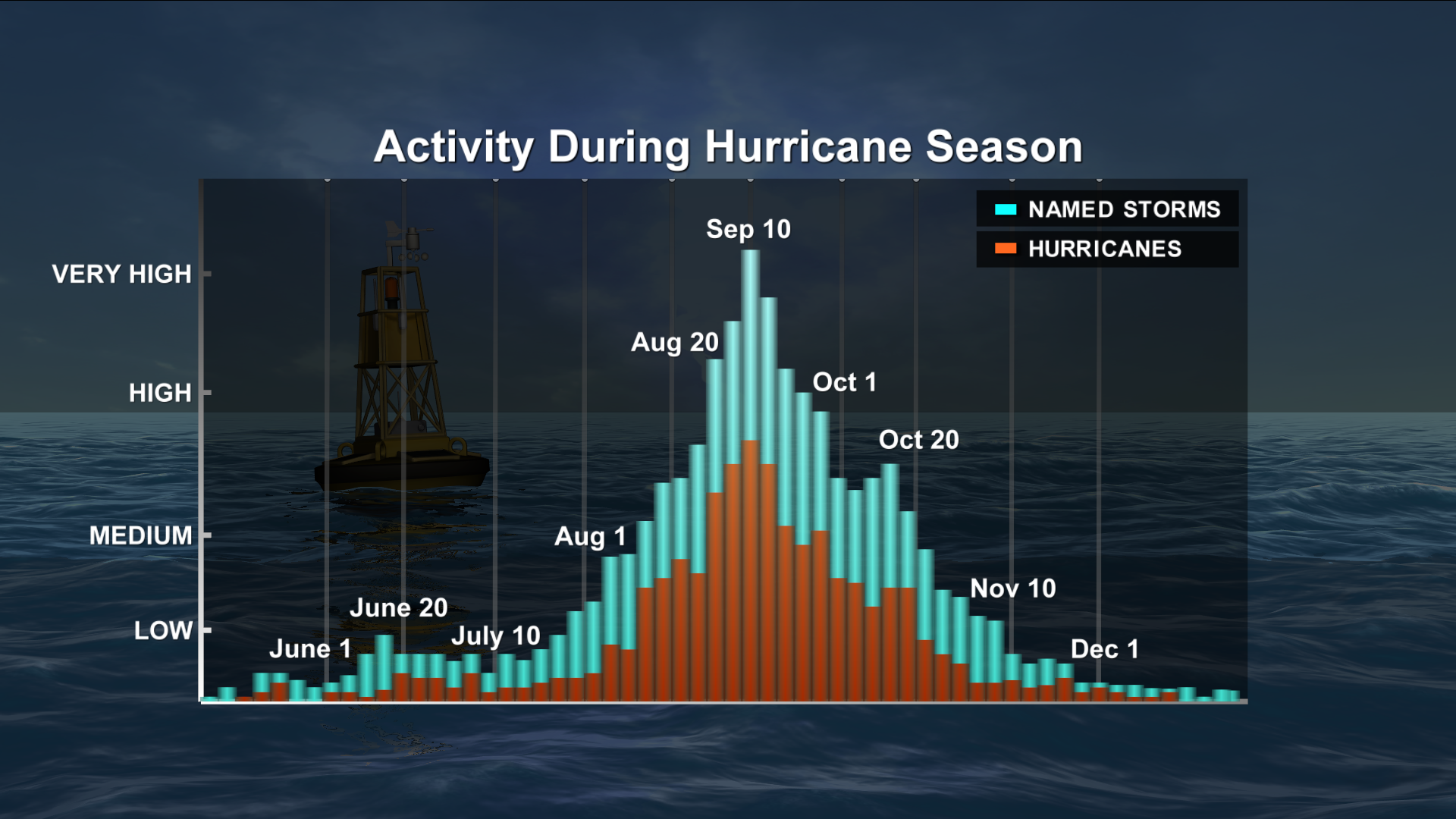 We are going into the second month of hurricane season, which means conditions overall become more favorable for tropical development.

July is typically a quiet month in the tropics. The Atlantic tends to produce the most hurricanes toward the end of August into September. Mid-September is the peak of hurricane season when storms can form almost anywhere in the Atlantic.

One climatological hotspot for tropical development is over the western Caribbean and Gulf of Mexico. If a storm forms in this region, the northern and western Gulf Coast needs to be on alert. Storms that form here often track northward or westward, depending on the placement of the Bermuda High that sits to the northeast. 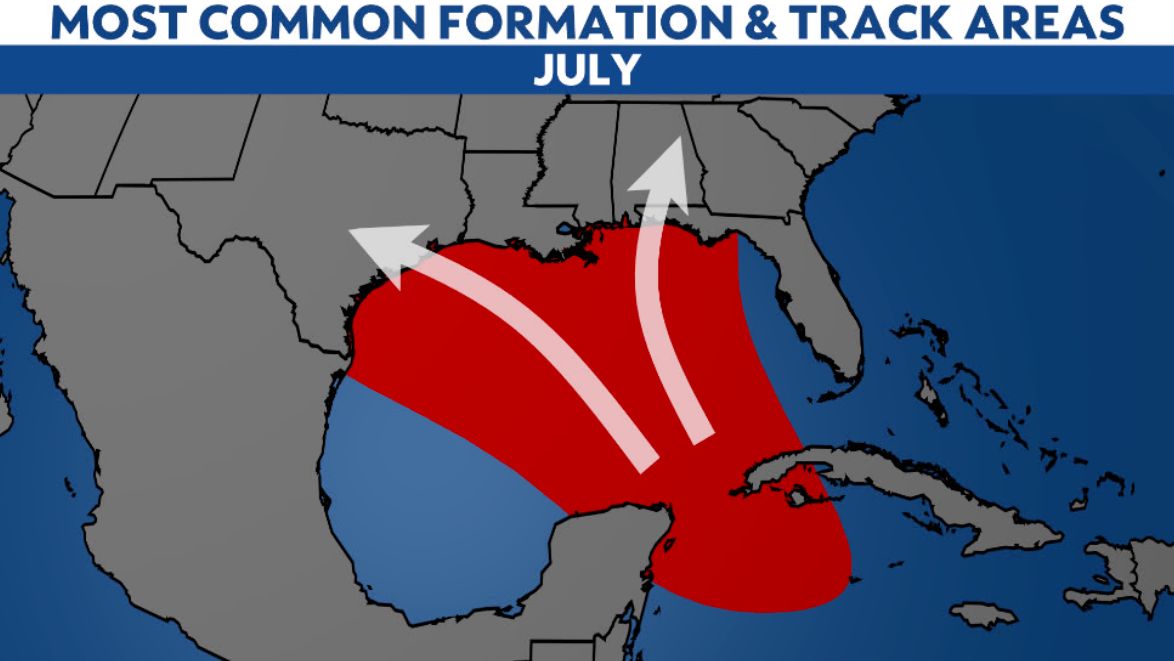 Another climatological hotspot favors development over the Gulf Stream, which is near the Bahamas and eastern United States. Storms that form there curve out to sea or track close to the East Coast. 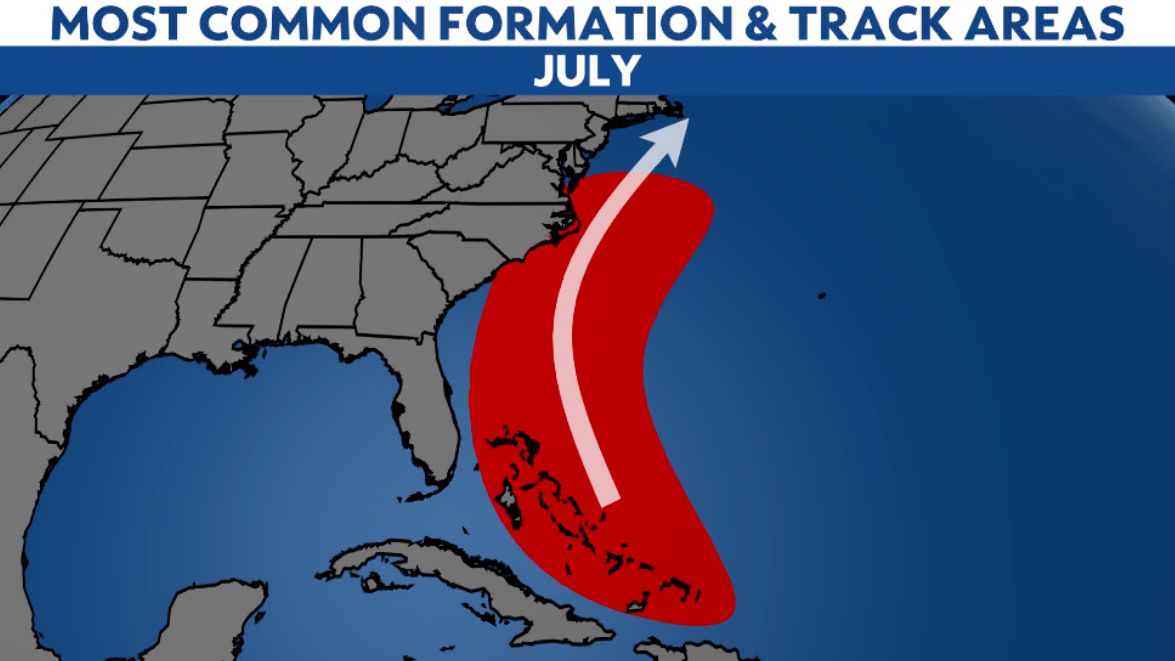 Finally, the third climatological hotspot for July development is over and around the Lesser Antilles, more so toward the end of July. This is usually a hostile environment for tropical systems to sustain themselves. Therefore, storms tend to be short-lived in July as dry air and wind shear often limit a storm’s growth. 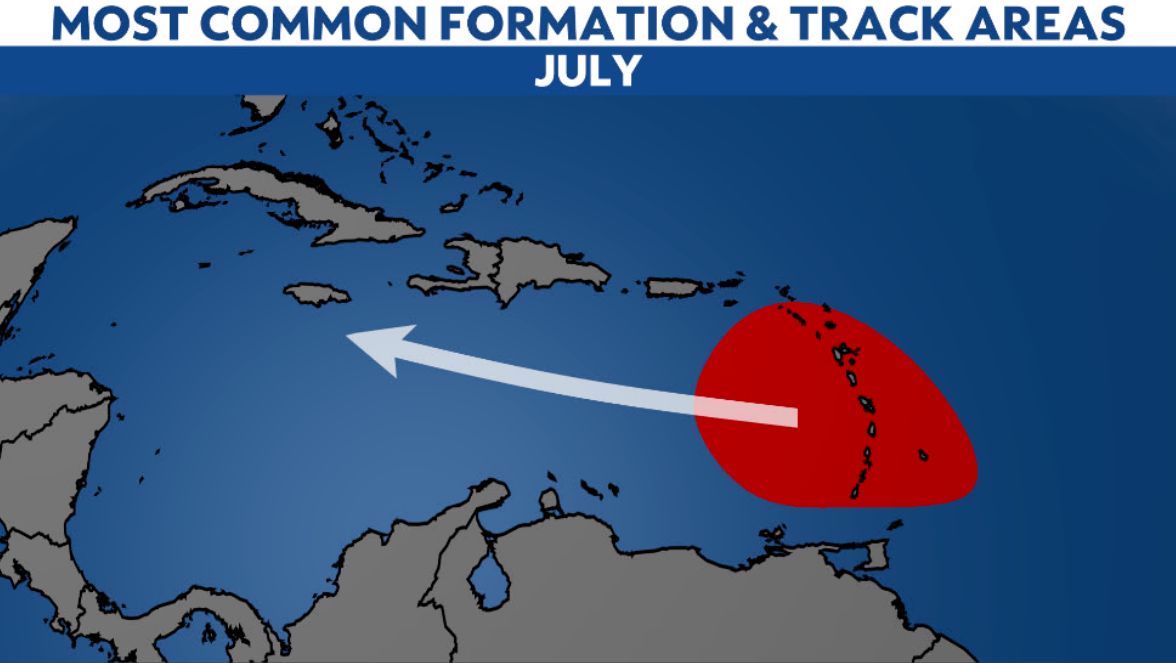 July can be a busy month some years, though. Let’s look back to July 2005. Hurricane Dennis became a major hurricane and tracked just off the coast of Tampa Bay.