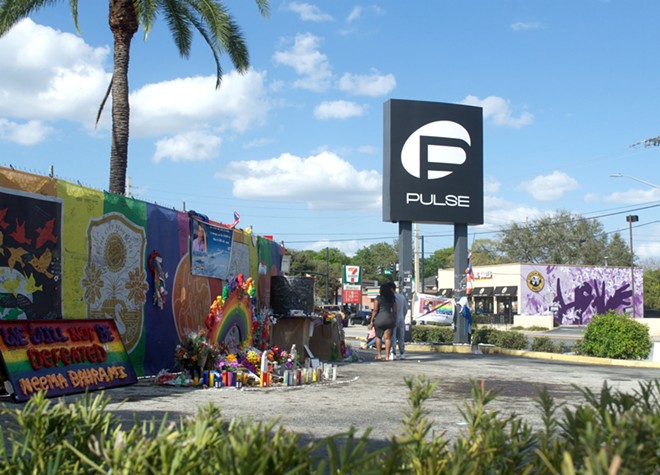 A vigil was held at the Pulse memorial site last night, put on by the nightclub’s owner Barbara Poma.

Spurred by the killing of 21 people at a Texas elementary school, the group added pinwheels to the makeshift memorial that grew at the site of the nightclub following a mass shooting at the club in 2016. The 31 pinwheels represented the victims of shootings in California, New York and Texas in recent weeks.

“We want them to know we are with them, our hearts are broken for them and that the lives taken is a horrific, senseless tragedy,” Poma said.

“The epidemic of mass shootings in America must come to an end. How many more innocent lives must be taken and families shattered to senseless gun violence?” The OnePulse Foundation asked on social media.

Rev. Terri Steed Price led a prayer at the memorial site, pointing out the incredible frequency with which mass shootings occur in the United States.

“God, here we are again,” she began her prayer. “Grant us the courage to insist on tougher gun laws and universal background checks. Remind us that justice is what love looks like in public.”

The shooting in Texas did stir up debate around gun laws in Florida. State House Rep. Randy Fine threatened President Joe Biden on social media after Biden called for action on lax firearm regulations in the US. The day after the shooting Gov. Ron DeSantis signed a law to standardize active shooter drills in Florida schools.