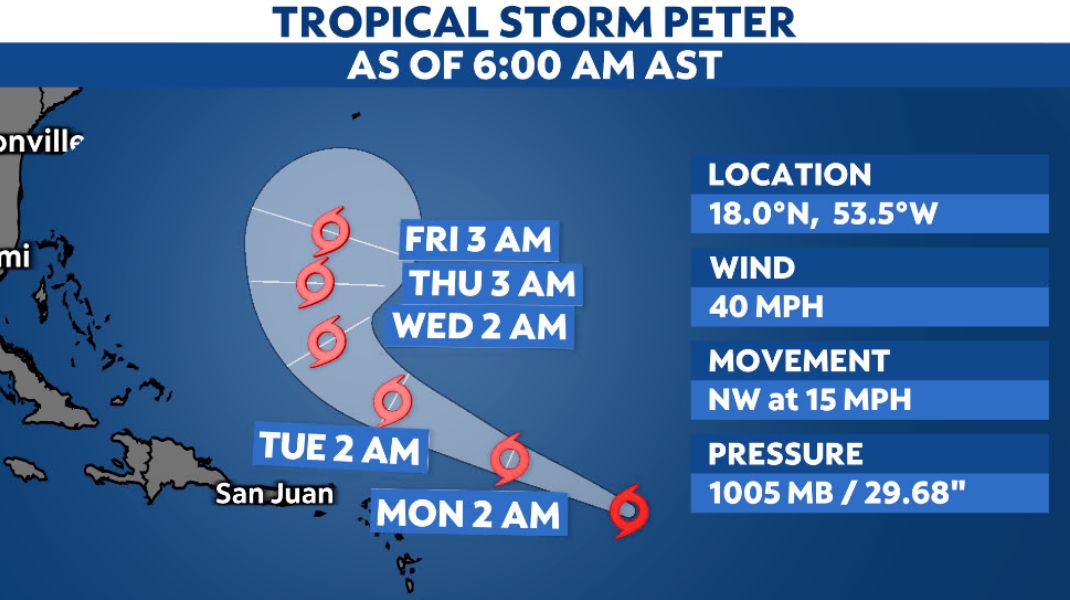 Tropical Depression Sixteen became Tropical Storm Peter east of the Lesser Antilles Sunday morning. It is the 16th named system of the season.

Peter has top sustained winds of 40 mph. The storm will continue moving northwest, passing north of the Lesser Antilles and Puerto Rico.

It’ll then curve toward the north midweek, slowing down as it does so.

Peter is not forecast to strengthen much in the coming days as it moves into an area of drier air and wind shear. It should remain a low-end tropical storm.

Direct impacts are not currently expected in the U.S.

Spaghetti models aren’t yet in great agreement on Peter’s path, but they also show a gradual turn toward the north. They may come closer to each other with time since Peter is still a new tropical storm.

Spaghetti models or plots show a series of individual computer forecast models together on one map. They are useful to give insight into whether multiple models are in agreement or not on the path of the storm but they do not address the storm’s forecast intensity, winds, flooding and storm surge potential or other data. Tap here for more details on how to best use these models. 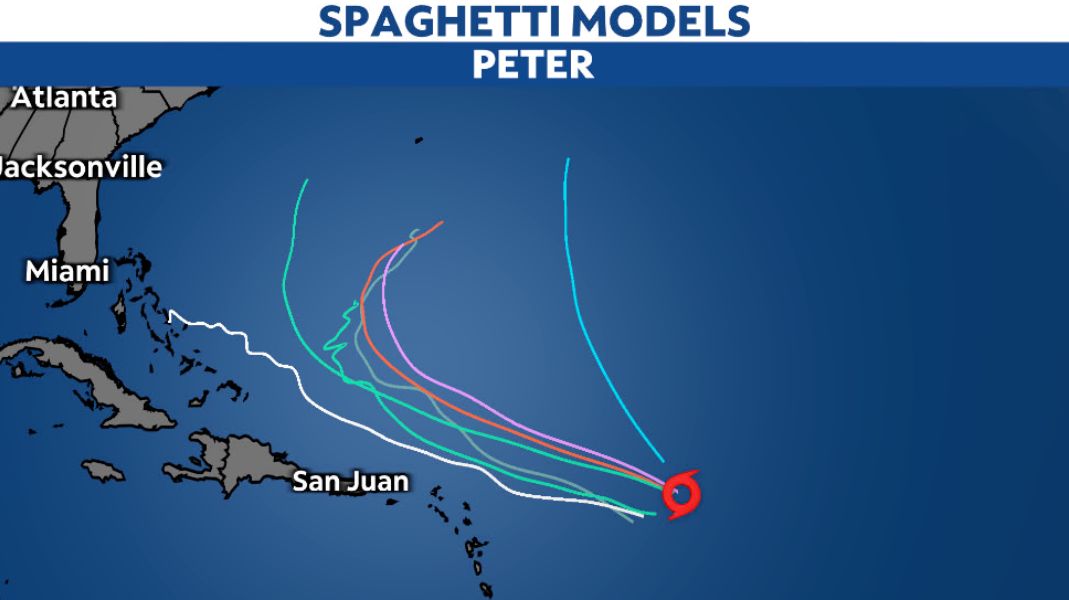 Tropical Depression Seventeen has also formed in the eastern Atlantic. Here is the latest on the disturbance.