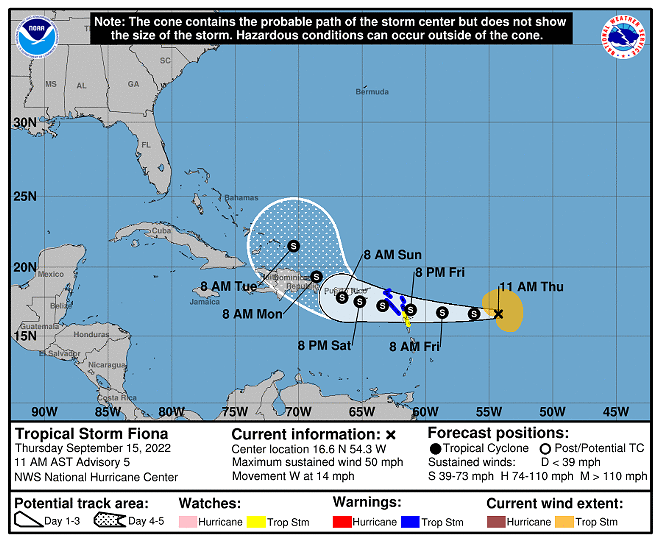 The sixth-named storm of a mostly quiet hurricane season has formed in the Atlantic.

Tropical Storm Fiona is currently east of the Leeward Islands and expected to impact that area before the end of the workweek. Tropical storm watches are expected in the US Virgin Islands and Puerto Rico by the end of the day, with impacts to be felt over the weekend.

A projection of the storms path has it moving west toward Hispaniola before turning northward toward the Bahamas. It is still to far out to determine whether the storm will impact Florida. Further tropical cyclone formation is not expected by NHC forecasters in the next five days.