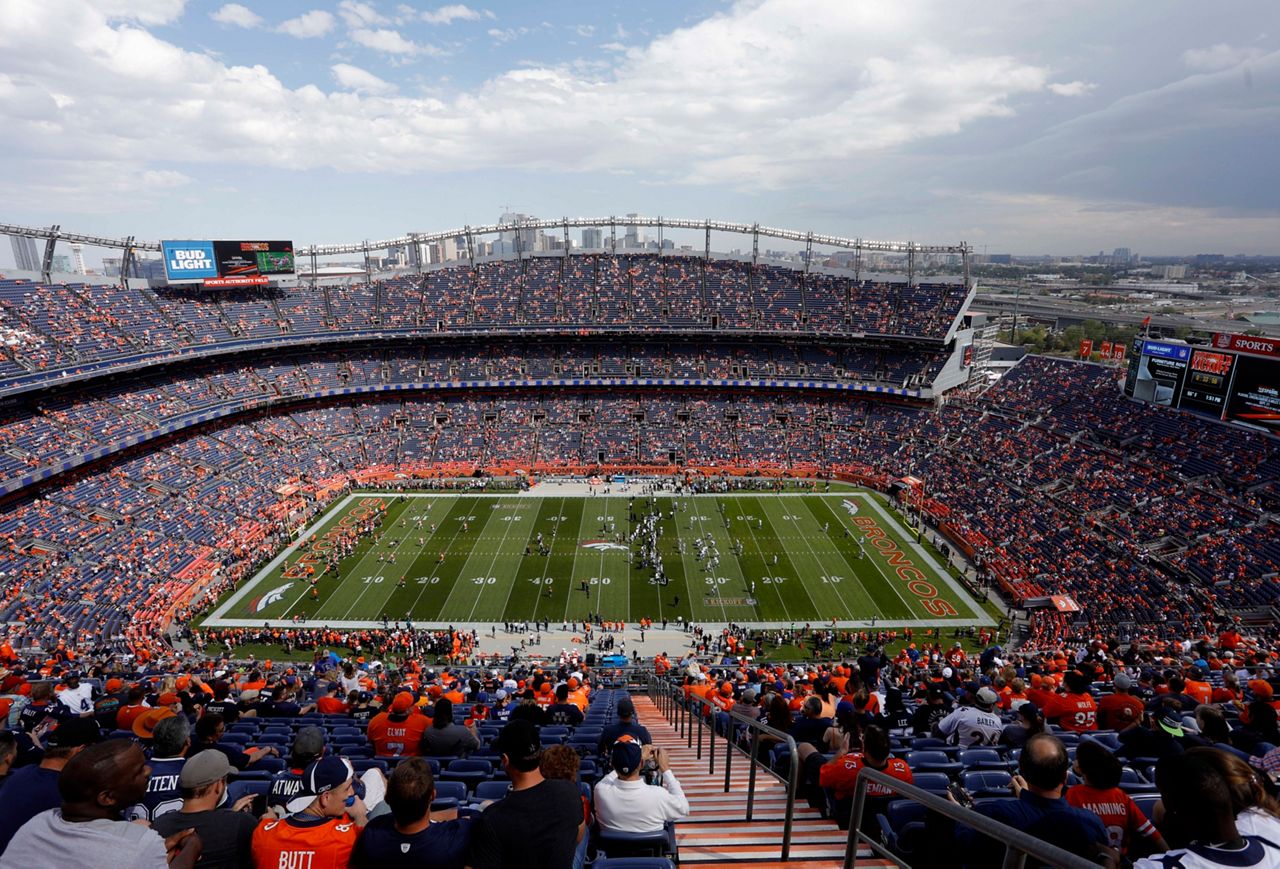 On the football field, altitude is one of the highest forms of “home field advantage” that a team can have. In the NFL, no other home stadium can compare to “Empower Field at Mile High” in Denver, which sits almost exactly one mile high in elevation.

Altitude sickness can affect anybody, and professional athletes are no exception. Even athletes, who we consider the fittest of all people, can succumb to dehydration, nausea, headaches, fatigue and loss of appetite or sleep when traveling into the mountains or higher elevations than the body is used to.

It occurs because the amount of pressure in the atmosphere drops at higher altitudes, and as the pressure drops, there is less oxygen available to breathe.

In Denver, there is approximately 17% less effective oxygen available in the atmosphere than at sea level.

Mile High Stadium in Denver, Colo. before a game in 2017 (AP Photo/Joe Mahoney)

Not only can the elevation lead to temporary discomfort and decrease in performance, but it almost cost Pittsburgh Steeler Ryan Clark his life back in 2007.

Clark has the sickle cell trait which affects red-blood cell count. After developing terrible pain after a game in Denver, it led to the removal of his gall bladder and spleen.

All the symptoms of altitude sickness can affect a football player’s performance if that player isn’t used to the elevation, but how much?

Even though altitude sickness typically occurs above 8,000 ft. elevation, it can still affect people at lower altitudes, especially during physical activity that your body requires more oxygen for.

According to doctors from the University of Colorado School of Medicine, only 8-10% of people experience altitude sickness symptoms when visiting Denver, compared to 25-30% of visitors who travel to higher elevations in the mountains.

Acclimating to higher elevation can take days, and sometimes more than a week. Since teams aren’t able to spend extended amounts of time at that altitude before games to acclimate, trainers provide supplemental oxygen and extra hydration for visiting players.

That bodes well for teams that are from higher elevations, whose bodies stay acclimated like the Denver Broncos. The Broncos sport one of the best home records in the NFL over the past 40 years.

While Denver wears the crown in the U.S. for highest altitude, it pales in comparison to Estadio Azteca in Mexico City where the San Francisco 49ers and Arizona Cardinals will play on Nov. 21. 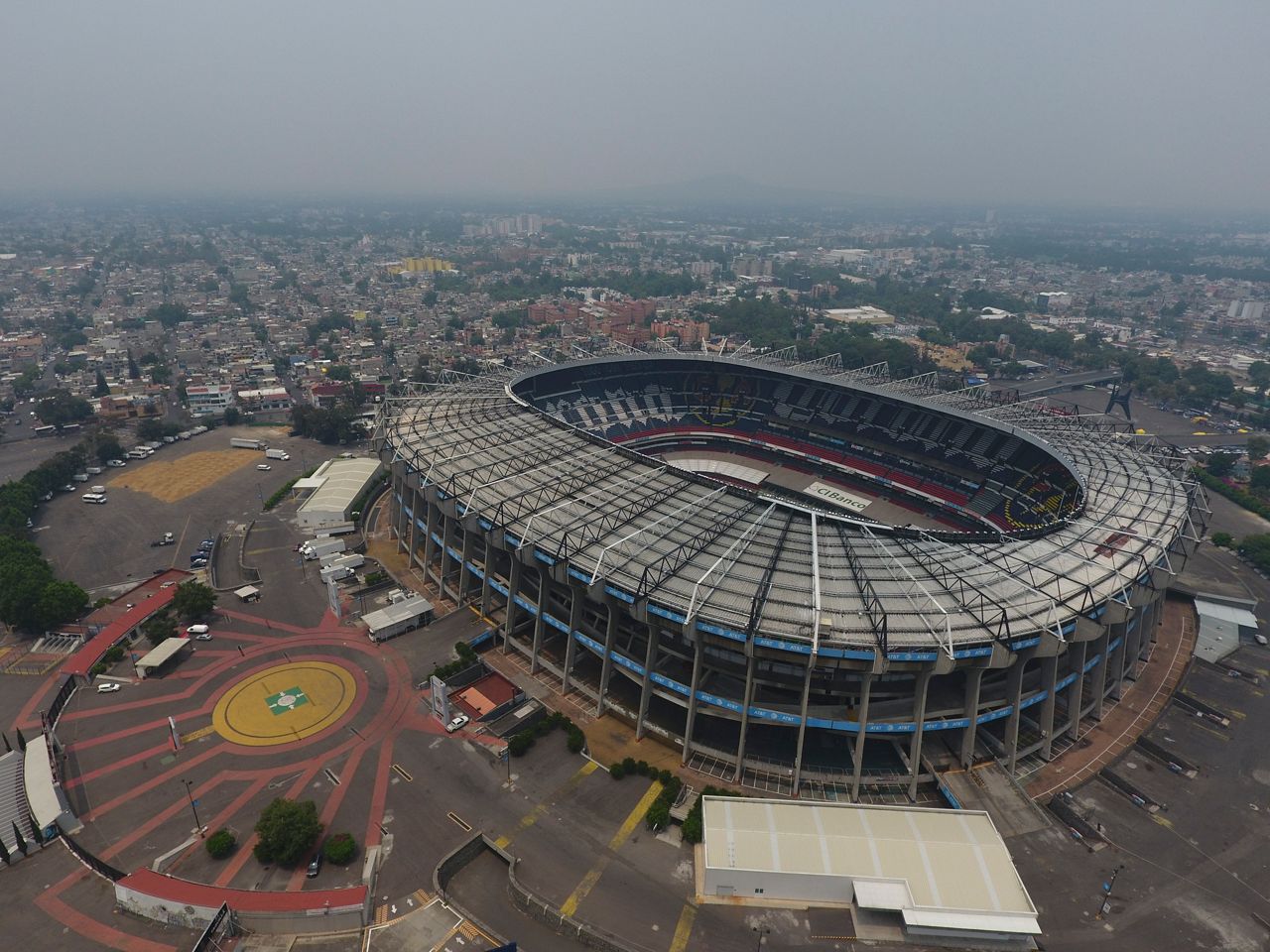 Estadio Azteca in Mexico City, which sits at an elevation of 7,200 feet. (AP Photo/Rebecca Blackwell)

Estadio Azteca has hosted four regular-season NFL games in its storied history, and sits at a whopping 7,200 feet in elevation. That is almost exactly 2,000 feet higher than Mile High in Denver and has a noticeable difference for visiting teams.

In 2019, the Chargers spent a week in Colorado Springs, Colo. practicing at the U.S. Air Force Academy to help acclimate to the higher elevation before playing the Chiefs in Mexico City.

Not only can altitude sickness kick in for teams that are visiting and not given enough time to acclimate, but the elevation can have other side effects on the game itself.

In football, being able to kick longer field goals and punts is the most notable difference. Since the air is thinner in higher altitude, balls can travel further.

Not only did the longest punt in NFL history happen in Denver, but three of the five longest field goals in also happened in Denver.

The Broncos have also led the NFL in touchback percentage on kickoffs at home for five of the last 10 seasons. Even though that is dependent on each team’s kicker, it’s hard to ignore as just an anomaly.

So while altitude certainly plays a role in sports and NFL games specifically, it likely isn’t enough to win or lose a game for your team.