Savage Love: To snip or not to snip? | Savage Love | Orlando 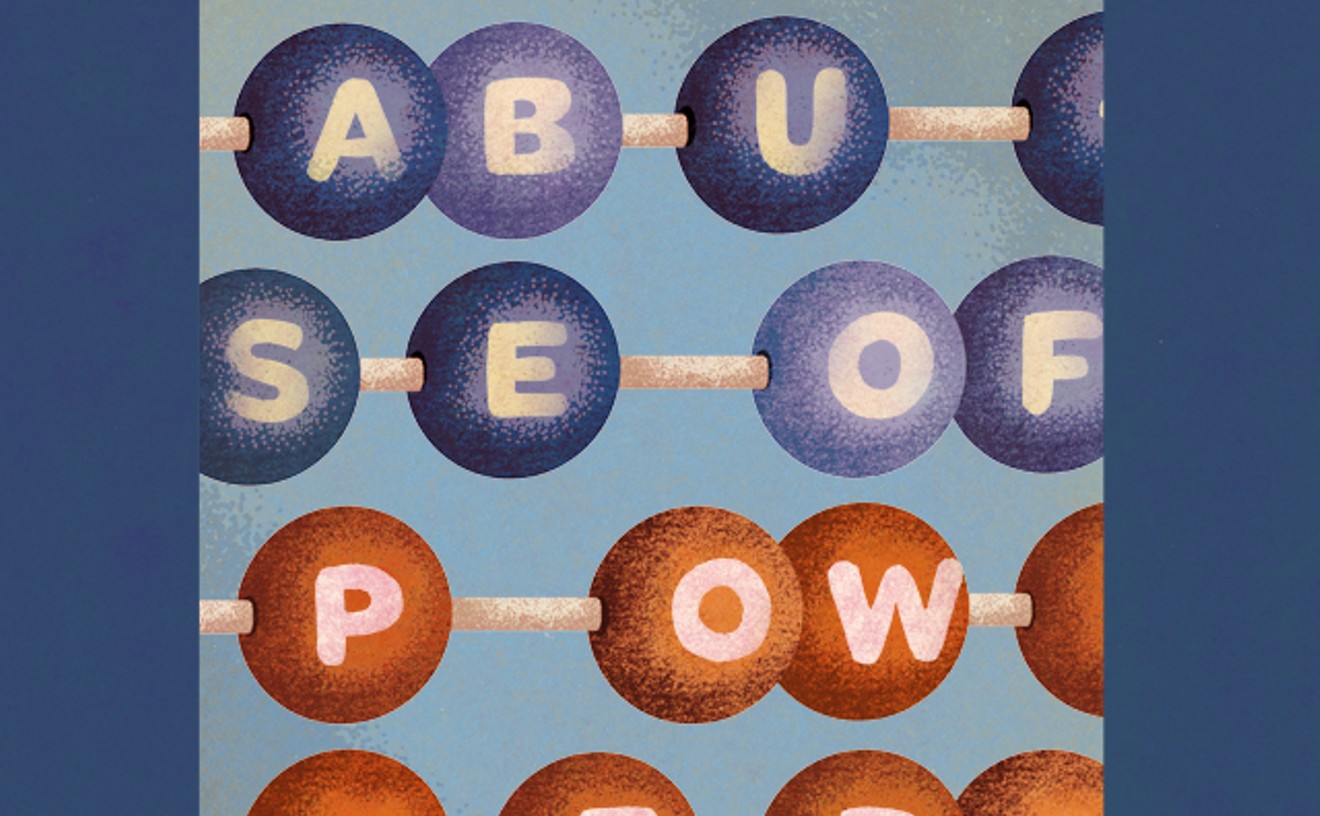 Thirty-year-old trans woman here, Dan, and I have a question about what is surely one of your favorite subjects: the “age gap discourse.”

About four years ago, I had a sexual experience that I go back and forth on whether to label as sexual assault. When I was 26 years old, I met a 19-year-old on a dating site and drove to a neighboring state to hook up with them. I’ll spare you the details, but when started doing things we had mutually agreed upon, one of them didn’t feel right in the moment, so I withdrew my consent. They respected my boundary for about 15 minutes, then tried it again. I said no again, they refrained for another 15 minutes, then tried it again. The cycle continued until I just got worn down. The night ended with me trying to fall asleep so I at least wouldn’t be conscious for what they were going to do. It didn’t work.

I’m friends with a lot of social-justice-focused millennials, and as such, discourse about age gaps in romantic and sexual relationships occasionally appear on my social media. The consensus, as I understand it, seems to be that there is a vast maturity gap between someone who is 19 and someone who is 26; therefore, someone in their mid-20s has an affirmative duty to make sure nothing sexual happens with someone who is 19. It is also suggested that someone like me is a creep and a predator for even thinking about hooking up with a 19-year-old. It’s hard to not apply my own experience to the discourse, and boy, is it a mind fuck. Hearing people go on about how vulnerable teenagers are or how I occupied a position of power not only dredges up painful memories, but also makes me feel like a creep. Did I do something wrong? I’m leaning toward no. I didn’t have any institutional power over the other person, it wasn’t an ongoing relationship, nor is it a pattern of behavior. (Like hell am I going to trust a 19-year-old again.) I also tried to follow your campsite rule. Instead of ghosting them, I sent them a message explaining why I wasn’t going to play with them again — the boundary violations — in the hope that they would do better in the future. I’m about 80% sure I have nothing to feel guilty about, but that other 20% just won’t shut up. Was I the bad guy here?, Am Getting Exasperated

“I feel for this woman and, it should go without saying, she shouldn’t feel guilty about having been sexually assaulted,” says James Greig, a London-based writer whose work has appeared in the Guardian, Vice and other publications. “And to my mind, this incident shows that things are often more complex than the online ‘age gap discourse’ acknowledges.”

Greig has written about the online age gap discourse for the Guardian, AGE, and while he feels the conversation is motivated by legitimate concerns about unequal power dynamics and their potential for abuse and exploitation, he worries the black-and-white nature of the discourse can lull people into a false sense of security. “People imagine that abuse is less likely to occur in relationships where both parties are the same age,” Greig says, “and in my experience, that’s not always the case.” Additionally, condemnations of relationships and/or hook-ups with significant age gaps — the kind of puritanical “discourse” that has left you feeling so isolated — often fails to acknowledge, much less grapple with, factors besides age that can make a person vulnerable to abuse and exploitation. “Being a trans woman in itself can make you more vulnerable,” Greig says.

And some people don’t understand that only yes means yes, that no absolutely means no, and that withdrawal of consent doesn’t mean “Ask me again in five minutes.”

Sometimes a person guilty of the kind of consent/boundary/physical violation you endured isn’t acting maliciously and is capable of learning from their mistakes — here’s hoping that message you sent that 19-year-old had an impact — but some people know what they’re doing when they pressure a person to engage in (or submit to) unwanted sexual acts and don’t care. Those people can be 19 and those people can be 99, AGE, and their victims can be younger or older. And if their last name is Trump, those people can be POTUS.

“Life is too complicated for one-size-fits-all prescriptions like ‘age gap relationships are bad’ to be of much use,” Greig says, “and that means we have to take these things on a case-by-case basis.”

And in your case, AGE, neither of us think you were the bad guy.

All that said, AGE, driving to a neighboring state to hook up with a teenager … yeah, the optics aren’t good, and a lot of people aren’t gonna be able to see past them. But just because some very online people will look at your respective ages at the time, do the math, and label you a predator, you aren’t obligated to slap that label on yourself. You were consenting adults until you withdrew your consent, at which point you were the victim of a sexual assault. You may have to be selective with whom you confide in about this, but you don’t have to shame yourself. You lived, you learned, you’ve tried to do better. Here’s hoping the other person — now in their 20s — learned something too and has also tried to do better.

Forty-something straight man here, and I like shaving. My wife, to whom I’ve been married 16 years, doesn’t. So I shave myself and she’s natural. She let me shave her once, she didn’t like the result, and we’ve never done it again. But last week while she was amusing herself down below, we were chatting (she’s talented, I tell you) and she noted that she’s not crazy about my shaved parts. She said it reminded her of prepubescent boys. Similarly, she worries guys who like it are thinking of little girls. Also, the potential for nicks and cuts makes her queasy. For my part, I like the way the skin feels and it makes me look bigger. And so much porn is shaved these days that this is probably in the back of my mind.

Writing you this letter has been good therapy, Dan. Rereading it just now I can see a workable solution: two months on (shaved), two months off (natural). Am I the first letter writer who solved his own problem? ,Shaving Nuts Is Promising

P.S. If you have anything to add, come right out and say it — no need to beat around the bush.

You’re not the first person who solved their own problem by the time they finished writing their letter — hell, half the questions I get are from people who already know what they need to do. They need to DTMFA or get into therapy or learn to tie knots — and they write in hoping I’ll give them a little push, SNIP, which I’m always happy to do.

Savage Love: ‘Don’t wait until the love is gone and the damage is permanent to leave’ | Savage Love | Orlando

Letters to the editor: ‘If you don’t want Donald Trump back in the White House in 2024, the Democrats need to change course’ | First Words | Orlando

Savage Love: ‘I’m just a gay guy responding to a straight guy, asking him to get over himself’ | Savage Love | Orlando