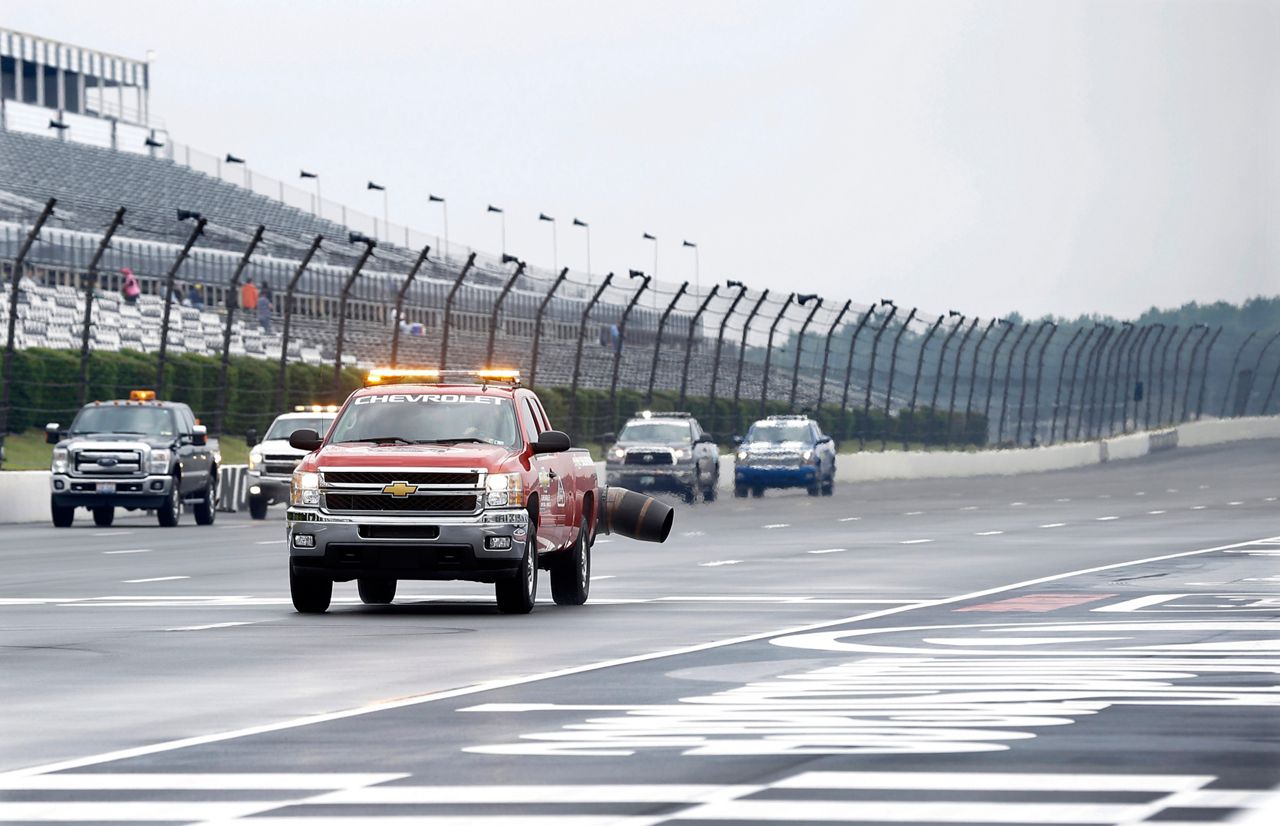 Even people who aren’t fans of car racing know that rain means trouble, but that’s not the only weather that makes racing teams scramble to adjust.

Racing tires don’t have tread like our everyday vehicle tires, which means they can’t channel away water when driving over wet pavement. No removing water means no traction, which means the tires will do nothing but slide.

Drying the track is quite a task, and big tracks require big solutions: jet engines. Even with such powerful machines blasting the pavement, drying can take at least a couple of hours.

The problem with high temperatures is two-fold. First, hot pavement is slick pavement. Second, the already-hot engines get even hotter.

If the track gets too hot, oil oozes out of the asphalt. Brian Neudorff, a meteorologist who makes race forecasts, says that makes the cars “more loose… meaning the back end of the car will feel like it is slipping and sliding on the track.”

While a sunny day isn’t always hot, an overcast sky (without rain) helps keep track temperatures from getting especially high.

Regarding engines, there’s a delicate balance between letting air flow past the engine to help it cool versus blocking the grille to improve aerodynamics. Racing teams have come up with some interesting strategies to deal with that. 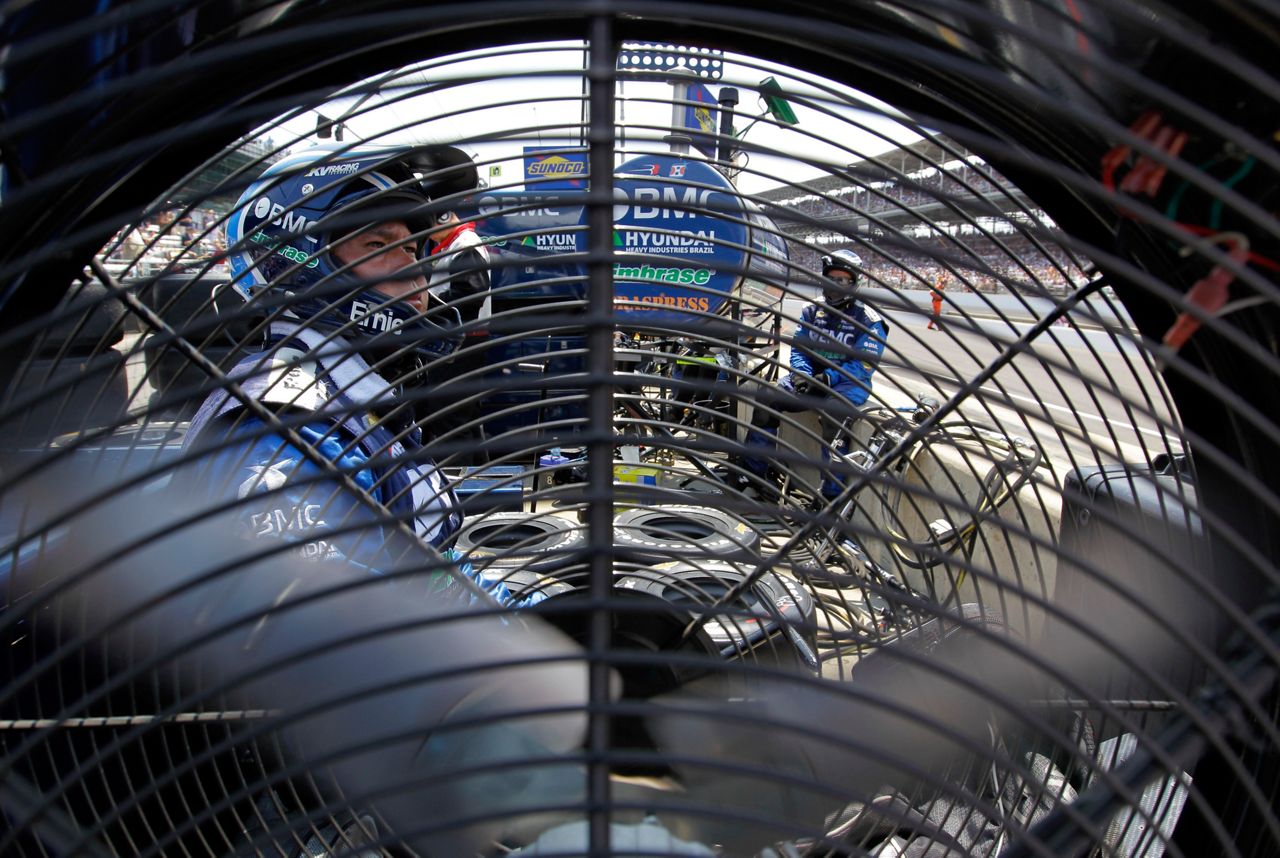 Racing teams want to reduce air resistance, since that’ll slow down the car. The wind is one thing they can’t stop, though, and that extra moving air hitting the car makes a difference, even when it’s already moving over 200 mph.

With Indy cars, it’s a trickier balance because a headwind pushes down on the rear wing, helping increase traction.

Winds can vary from one turn to the next, and gusty winds are especially challenging for drivers since they don’t know when a sudden pickup in the wind will happen. “A strong wind can cause handling issues,” Neudorff adds. 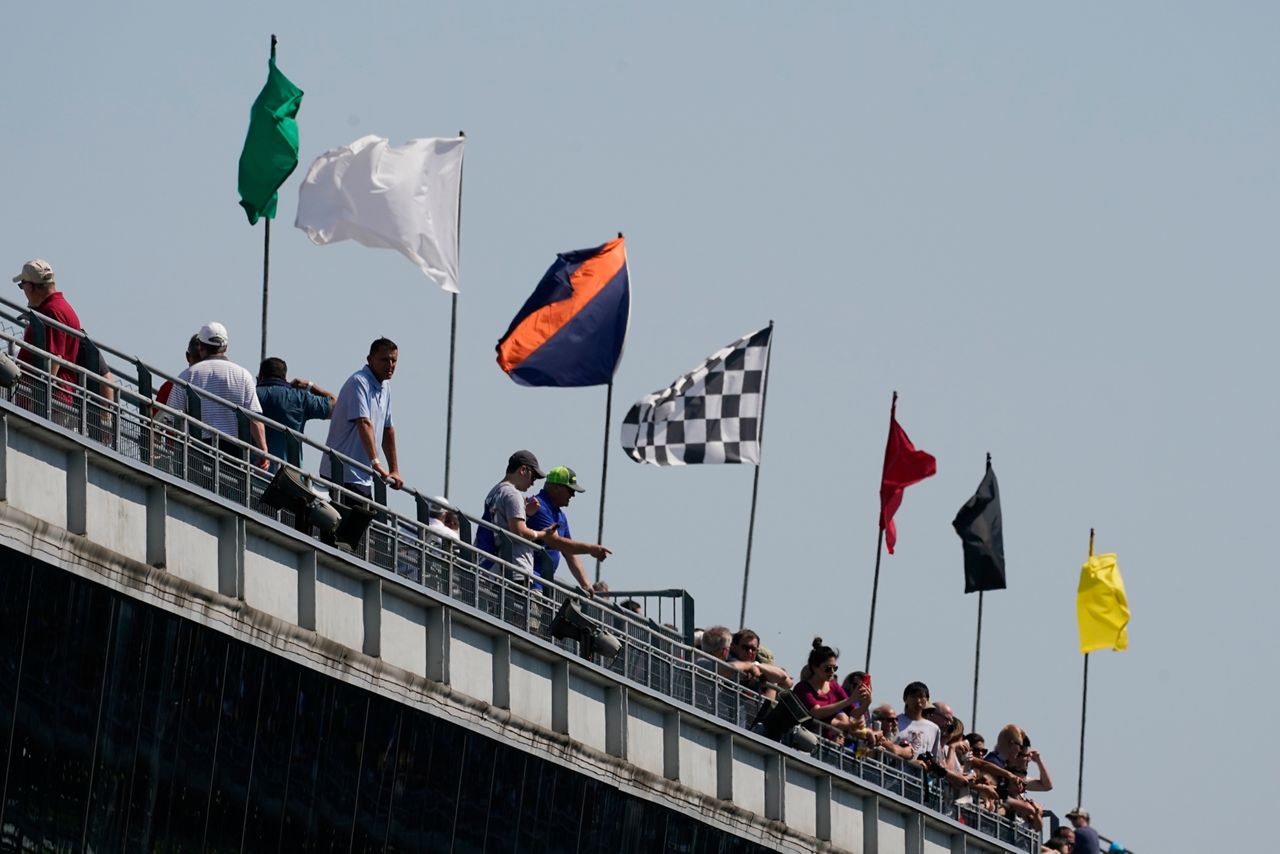 Fans look on as the flags blow in the wind during practice for the Indianapolis 500 auto race at Indianapolis Motor Speedway, Friday, May 20, 2022, in Indianapolis. (AP Photo/Darron Cummings)

Weather when it matters most

Of course, these factors are all important on race day itself. However, they’re just as crucial beforehand during qualifying. Teams use everything at their disposal to get the fastest speeds, and weather conditions can help or hurt those efforts.