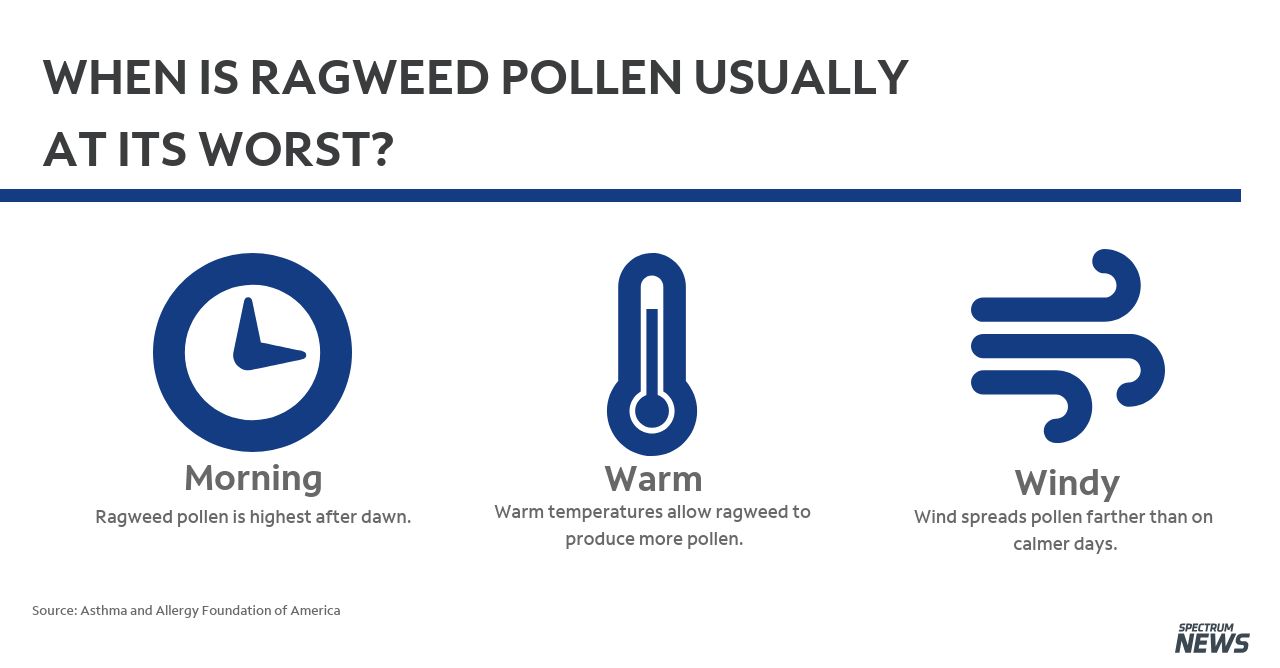 Ragweed and mold make autumn a sneezing season for millions of people.

If you have a pollen allergy, it’s probably related to ragweed. The Asthma and Allergy Foundation of America (AAFA) says about 75% of people with pollen allergies can blame ragweed.

Ragweed grows in every state except Alaska, according to Hannah Jaffee, Research Analyst with AAFA, and is most common in the East and Midwest. It prefers growing in fields and vacant lots and along roads and riverbanks.

A single ragweed plant can produce up to a billion pollen grains, Jaffee adds.

Pollen levels near the plants are highest after dawn. Warm temperatures bring higher amounts of pollen, and windy mornings spread the pollen farther. Ragweed pollen can rise two miles in the air and travel hundreds of miles.

For most of the country, ragweed season begins in August and peaks toward mid-September. It’ll continue until a frost or freeze kills the ragweed.

Mold becomes more common when plants decay, which is what happens in the fall when leaves fall and plants say goodbye for the year. It’s especially an issue in spots that stay damp.

“[Mold spores] can spread in dry, windy weather, and others which can spread with fog or dew when humidity is high,” says Jaffee. As a whole, mold isn’t too picky about how it gets around.

What you can do

Prevention is best: Do what you can to limit your exposure.

With ragweed, avoid being out in the morning, especially when it’s warm or windy. Jaffee suggests wearing a mask, adding that wearing sunglasses and a hat will stop some pollen from getting in your eyes and hair.

As nice as it is to let fresh air in during the fall, keep windows closed when pollen is highest. AAFA also recommends AC/furnace filters that are certified “asthma and allergy friendly.”

For mold, clean up damp areas where leaves or other organic material have collected. If you’re concerned about mold indoors, use a dehumidifier to keep the humidity below 45%.

If you think you have an allergy, talk to a board-certified allergist, says Jaffee, so you can start treatment before the allergy season begins. That’s especially important if you might be prone to an asthma attack or other health problems related to allergies. According to Jaffee, asthma emergencies spike every September.

Allergy season isn’t getting any better

The growing season is the time between spring’s last freeze and fall’s first freeze. 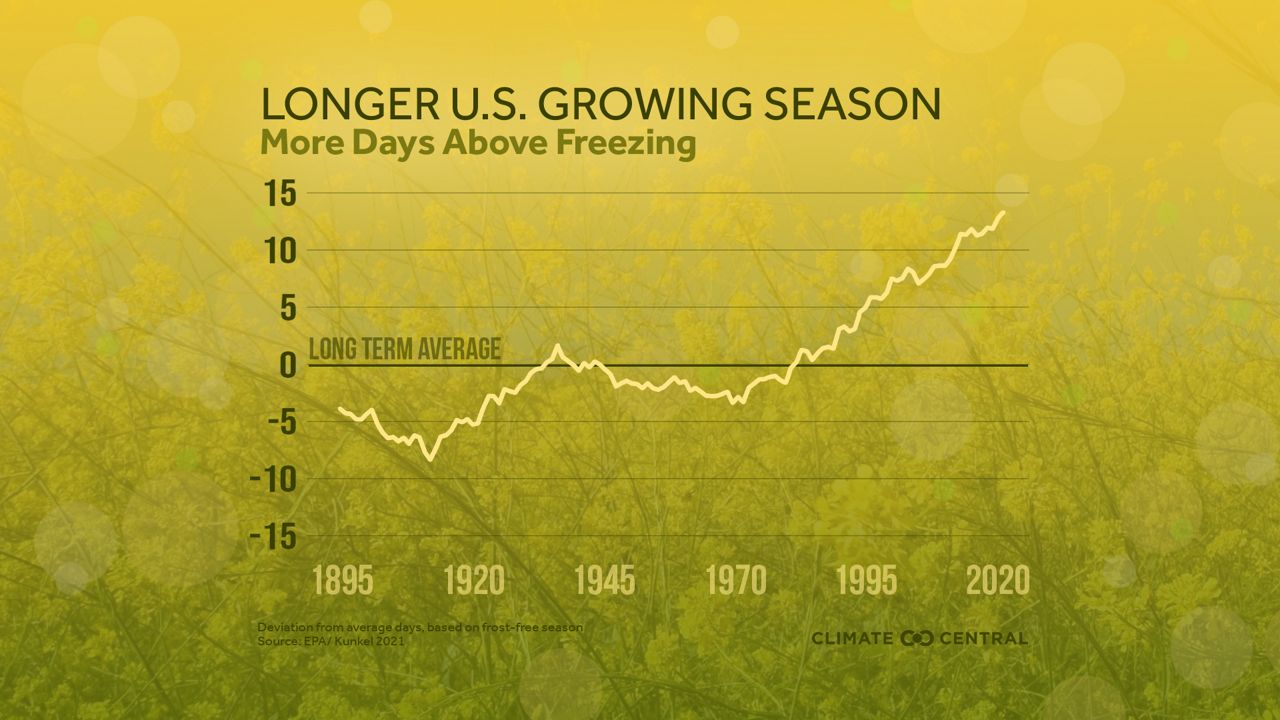 Not only that, but higher carbon dioxide levels may lead to higher pollen production.