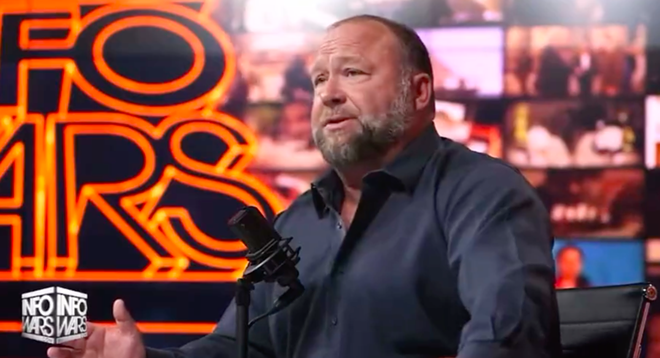 Just weeks after a Texas jury ordered Jones to pay nearly $50 million in damages for lying about the Sandy Hook massacre, the far-right conspiracy theorist who once said kettle chips and juice boxes are making kids gay, took to his show to proclaim how DeSantis has “gone from being awesome, to unbelievably good.”

“I’ve been persecuted like nothing in my life for supporting [Trump], and that made me kind of pigheadedly support him a few years ago even though I disagreed with his Warp Speed,” said Jones on Wednesday.

“But that said, I am supporting DeSantis,” added Jones. “DeSantis is just gone from being awesome to being unbelievably good … He’s getting red-pilled more and more each day … I’m a DeSantis guy.”

Jones actually had Trump on his show as a guest in December of 2015, and is just the latest conservative to turn on the former president, who’s currently at the center of an FBI investigation after agents raided his “Winter White House” and recovered classified documents.

Trump has lost Alex Jones. He announces today he is off the Trump train: “I am supporting Desantis .. I can look into his eyes on HD video, and I see the real sincerity.” pic.twitter.com/wvpKq2PjQR

Just this week, Fox News host and white supremacist defender Laura Ingraham also said it’s “time to turn the page” on Trump. “The country I think is so exhausted,” said Ingraham on Monday. “They’re exhausted by the battle, the constant battle, that they may believe that, well, maybe it’s time to turn the page if we can get someone who has all Trump’s policies, who’s not Trump.”

On top of this, Tesla CEO Elon Musk, has previously said he’s “leaning” towards DeSantis.

DeSantis is considered a frontrunner for the Republican presidential ticket in 2024. Though, neither Trump or DeSantis have officially said they plan to run.