If you like pumpkin pie, you care about the weather here 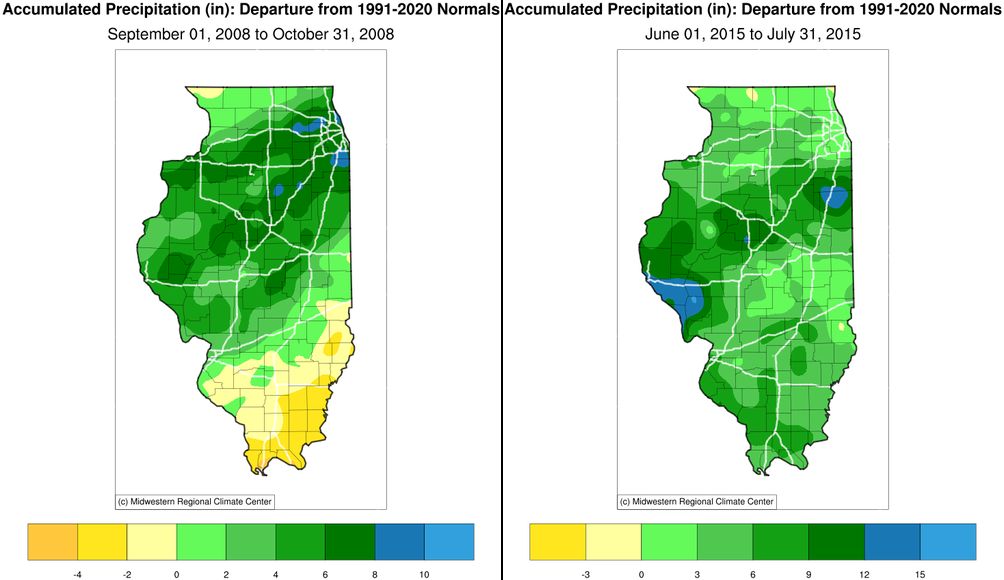 Illinois isn’t just the Land of Lincoln; it could also be called the Land of Pumpkins. The state grows more than a quarter of the pumpkin crop in the U.S. and the USDA says most of that becomes food products.

Farmers around one particular Illinois town are likely the reason you have pumpkin pie to enjoy for Thanksgiving, and the weather there is a big factor in the supply of canned pumpkin.

Morton, a town of 17,000, is situated a couple of hours southwest of Chicago, just outside Peoria. It’s here you’ll find Libby’s pumpkin facility. The Nestlé-owned company produces more than 80% of the canned pumpkin eaten in the U.S. each year and farmers grow most of those pumpkins in and around Morton.

Pumpkins can withstand drought relatively well, which is what happened in the parched Midwest in the summer of 2012.

Wet weather, though, is a much bigger problem. It can limit pumpkins’ growth or leave them rotting in fields and sometimes makes the soil too soft for tractors to go in and harvest.

Central Illinois dealt with too much rain in the fall of 2008 and summer of 2015 when double the average amount fell both times. Shortages of canned pumpkin followed.

Illinois rainfall amounts compared to the long-term averages in the fall of 2008 (left) and summer of 2015 (right). (Midwest Regional Climate Center)

What about this year? This season in central Illinois was on the dry side; the weather observer in Morton logged just under 14 inches of rain from May through September, about six inches below average. The average temperature over the summer was just about a degree above normal.

So you shouldn’t have any problems finding those pumpkin pie fillings this holiday season. 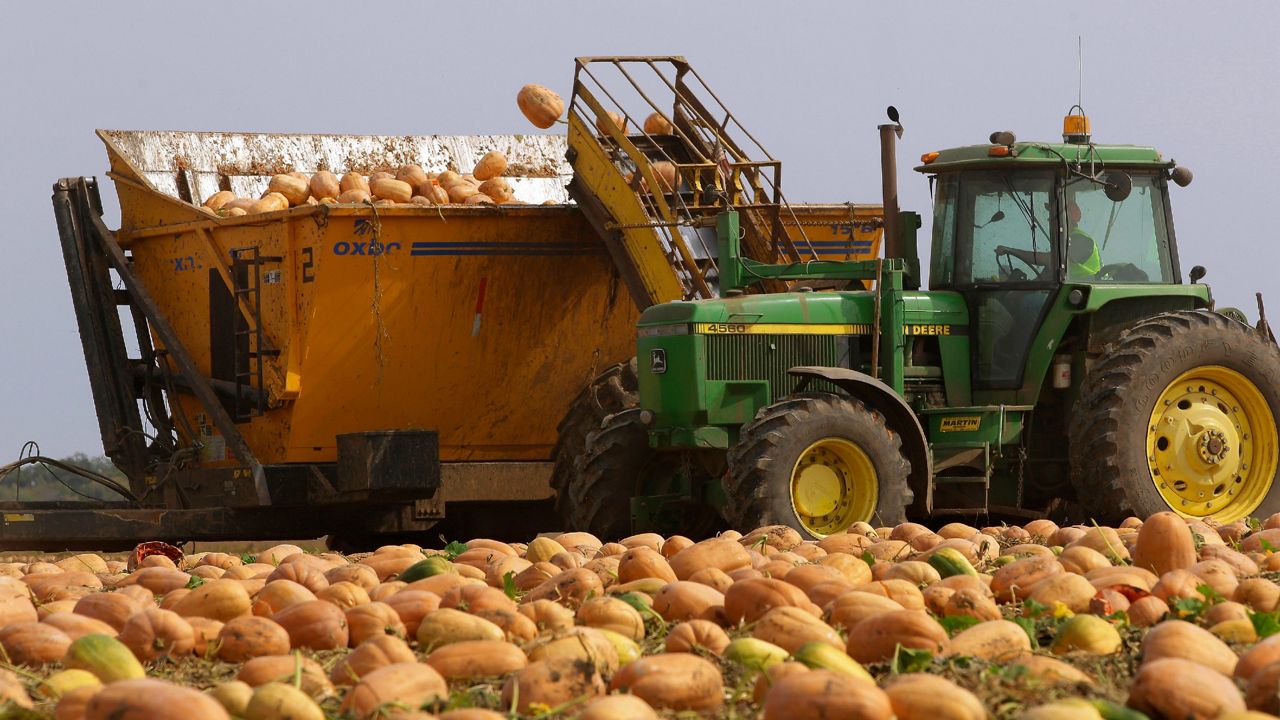 Farmers harvest pumpkins for the Libby’s pumpkin cannery, which makes more than 80% of all canned pumpkin eaten in the United States, in Morton, Ill. (AP Photo/Seth Perlman)

The Midwest has gotten wetter in recent years as heavy rain events become more frequent. Scientists have tied that trend to climate change.

Paul Bakus, then-president of corporate affairs at Nestlé, told Scientific American in 2015 that he looked at climate change as the reason for that year’s poor weather and that climate change that would continue to deeply affect their business in the future.

Even though pumpkin farmers can’t keep unwanted downpours away, they can alter their farming techniques. That’s exactly what some of them are doing on thousands of acres near Morton.

Is Florida truly the Sunshine State?

How to adapt to colder extremes