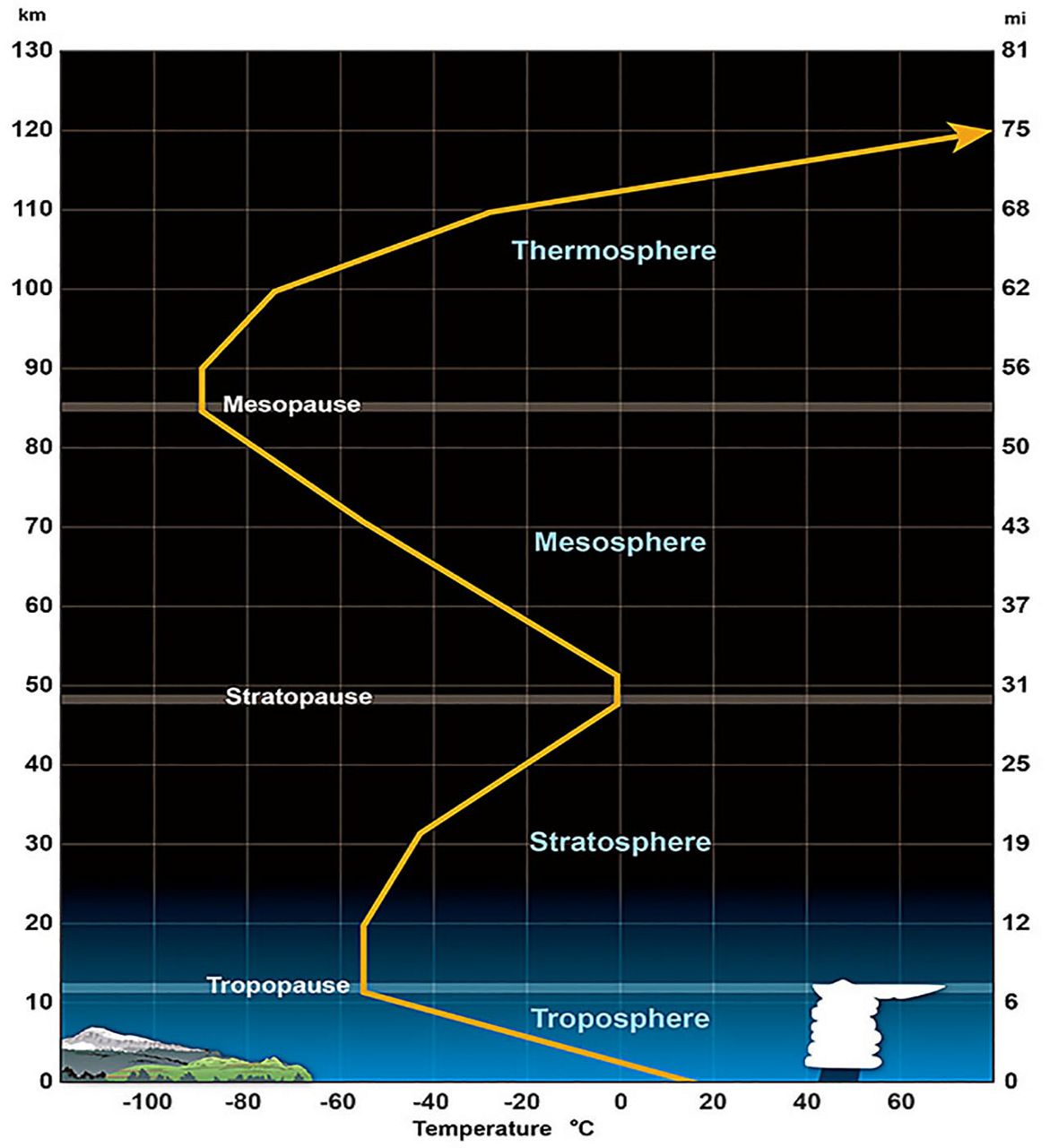 The atmosphere around the Earth isn’t one big layer. It’s composed of a few layers, with each having its own characteristics.

The atmosphere goes from the troposphere to the exosphere, and each layer has a purpose.

A profile of the atmosphere. (NWS)

The first layer and the one that affects us the most is the Troposphere. The reason this layer is so important is that almost all weather happens here, from thunderstorms to snow to sunny days.

This layer extends from 4 to 12 miles above the Earth’s surface, varying with location. At the equator, it extends up to 12 miles, but at the poles, it only reaches to about 4 miles.

Density also decreases with height, so this means temperature also drops the higher you go, going from 62 degrees to -60 degrees at the tropopause.

Every so often, a temperature inversion will occur in a small layer of the troposphere, where the temperature increases with height. This can lead to mist, fog or more pollution near the surface.

The next layer is the stratosphere, which extends from the top of the troposphere to 31 miles above Earth’s surface.

Here, ozone forms, which produces heat. This leads to temperature increasing with height in this layer, going from -60 degrees at the tropopause to around 5 degrees at the top of the stratosphere.

Because this layer starts warmer than the top of the tropopause, convection cannot happen. Therefore, you sometimes see cumulonimbus clouds with flat tops (anvil clouds), because the air cannot rise anymore. 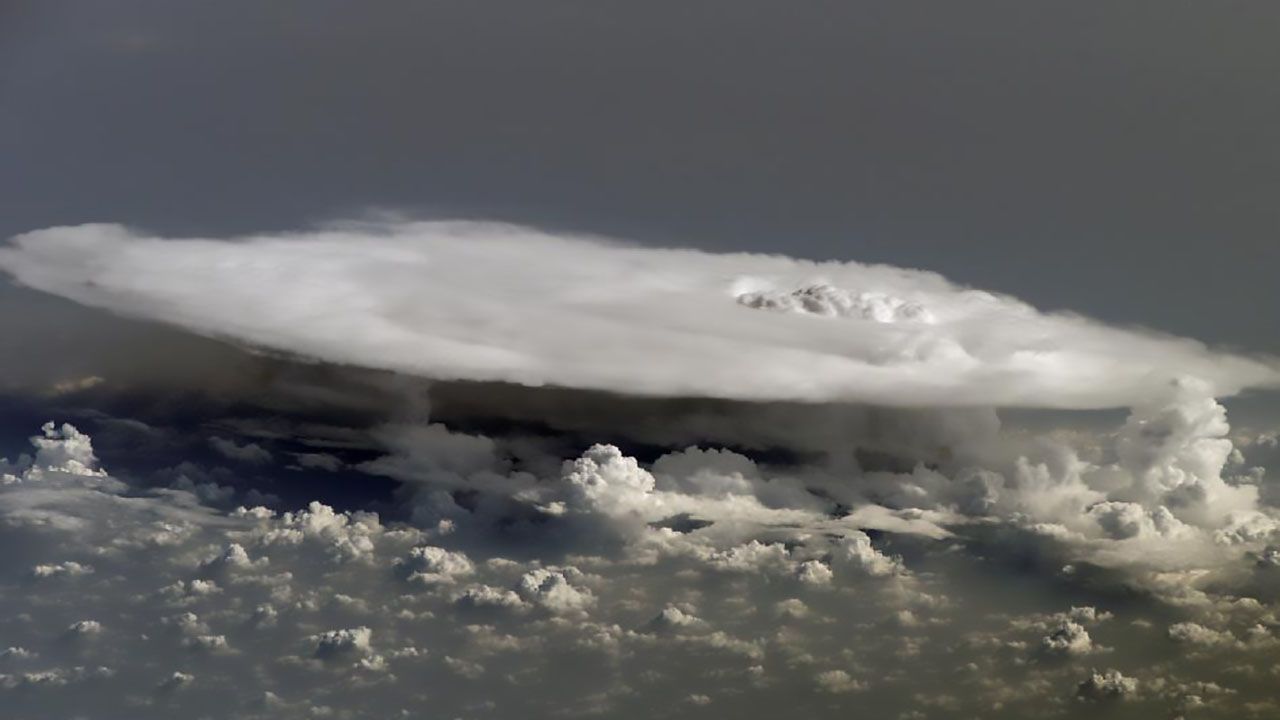 Picture of an anvil cloud taken from the ISS over Africa. You can see the distinct flat top of the cloud. (NASA)

The stratopause separates the stratosphere from this next layer, the mesosphere.

This layer extends from 31 miles to 53 miles above the Earth’s surface.

The gases in the mesosphere are thick, which helps slow down meteors that make it into our atmosphere. This allows them to burn up and creates the beautiful trails of light we see during meteor showers.

Between 53 miles to 375 miles above the Earth’s surface, the thermosphere comes after the mesopause.

Temperatures can reach as high as 3,600 degrees near the top of the layer because ultraviolet and x-ray radiation absorption cause this layer to heat up.

However, this layer of the atmosphere would still feel very cold to our skin because of the thin atmosphere. There aren’t enough gas molecules to transfer the heat to us. The ISS orbits Earth once every 90 minutes. (NASA)

The last and outermost layer is the exosphere, extending from the top of the thermosphere to 6,200 miles above Earth’s surface.

Here gases can escape into space and satellites can orbit the earth.

A different view of the sky

Each layer comes together to protect us. It contains the oxygen we need to breathe and protects us from ultraviolet solar radiation.

It also creates the pressure to give us liquid water, and it warms our planet just enough so we can live on Earth.