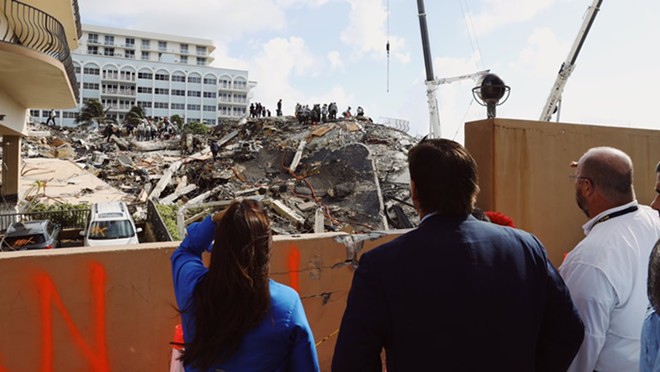 Moving quickly after a special legislative session, Gov. Ron DeSantis on Thursday signed bills to try to stem problems in the property-insurance market and to bolster the safety of condominium buildings.

Lawmakers passed the bills (SB 2-D and SB 4-D) in a three-day special session that ended Wednesday. In all, DeSantis signed 10 bills Thursday, with the others passed during this year’s regular session, which ended March 14. DeSantis called the special session amid widespread insurance problems that have included policyholders losing coverage and seeing soaring premiums. The legislation addresses several issues, such as including $2 billion in tax dollars to provide additional reinsurance to property insurers that otherwise might not be able to buy the crucial backup coverage on the private market. Also, the legislation will allow insurance policies to include new deductibles for roof damage, impose restrictions on insurers that seek to refuse to write or renew policies based on the ages of roofs and place additional restrictions on what are known as “bad faith” lawsuits against insurers.

While many Democrats voted for the changes, they argued the legislation won’t do enough to help homeowners and called the reinsurance money a corporate “bailout.”

Meanwhile, the condominium-safety changes were tacked on to one of the insurance bills. Those changes were a response to the deadly collapse last year of the Champlain Towers South building in Surfside.

The changes include requiring condominium associations to have adequate financial reserves to make needed repairs to buildings. Also, the bill sets requirements for inspections of condominium buildings that are three stories or higher. Buildings within three miles of a coastline would require inspections 25 years after occupancy.

All others would need to have inspections at the 30-year mark. Any “substantial structural deterioration” found by engineers or architects would require more-detailed inspections. Condo boards will also be required to have “structural integrity reserve” studies to determine how much money needs to be set aside for repairs.