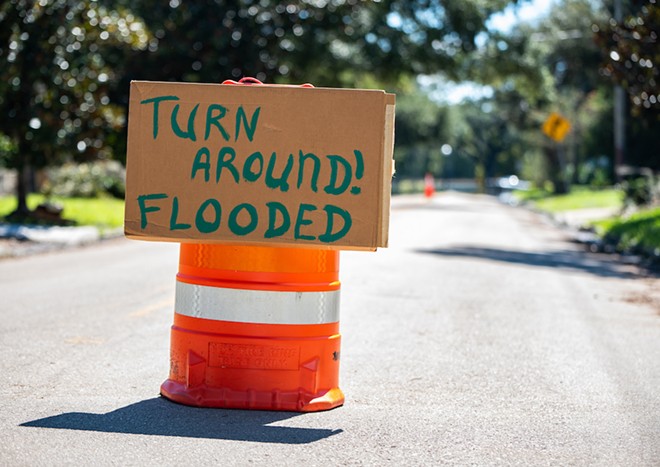 Many areas near Orlando are still recovering from Hurricane Ian.

Seminole County residents are still seeing the aftermath of the high rainfall as flooding continues to increase in areas near the St. Johns River, Lake Monroe, and Lake Harney.

According to WESH, the water in Downtown Sanford Riverwalk is still rising. Emergency manager Alan Harris told the TV station that the riverwalk has become part of the St. Johns River. Two thousand homes have been damaged by the floodwaters in the Seminole County area, Harris said.

“Yesterday [it] was 1,900. So an additional 100 homes over the last 24 hours have now had flood damage due to rising waters along the St. Johns River,” Harris said.

In Geneva, Lake Harney has spilled over into city streets and residents are being evacuated by boat according to reports from WKMG.

Over in the City of St. Cloud, water levels continue to rise as it sustained an unprecedented 17 inches of rain from Hurricane Ian. St. Cloud Mayor Nathen Blackwell told WESH that the sudden rise in water levels could be due to vandals.

“We’ve been told that an outflow north of East Toho was vandalized overnight. This has caused the water levels to rise here in St. Cloud much faster and much higher than anticipated. The city is working closely with South Florida Water Management District and the U.S. Army Corps of Engineers to mitigate the anticipated flooding as quickly as possible. At this time, we’re not aware of any water that’s actually intruding into houses, but streets are flooded,” Blackwell said.

The National Weather Service released data showing the rainfall totals for Hurricane Ian. In Seminole County, the Sanford airport saw 16.1 inches of rain and the Union Park area near the University of Central Florida saw over 17 inches of rainfall.