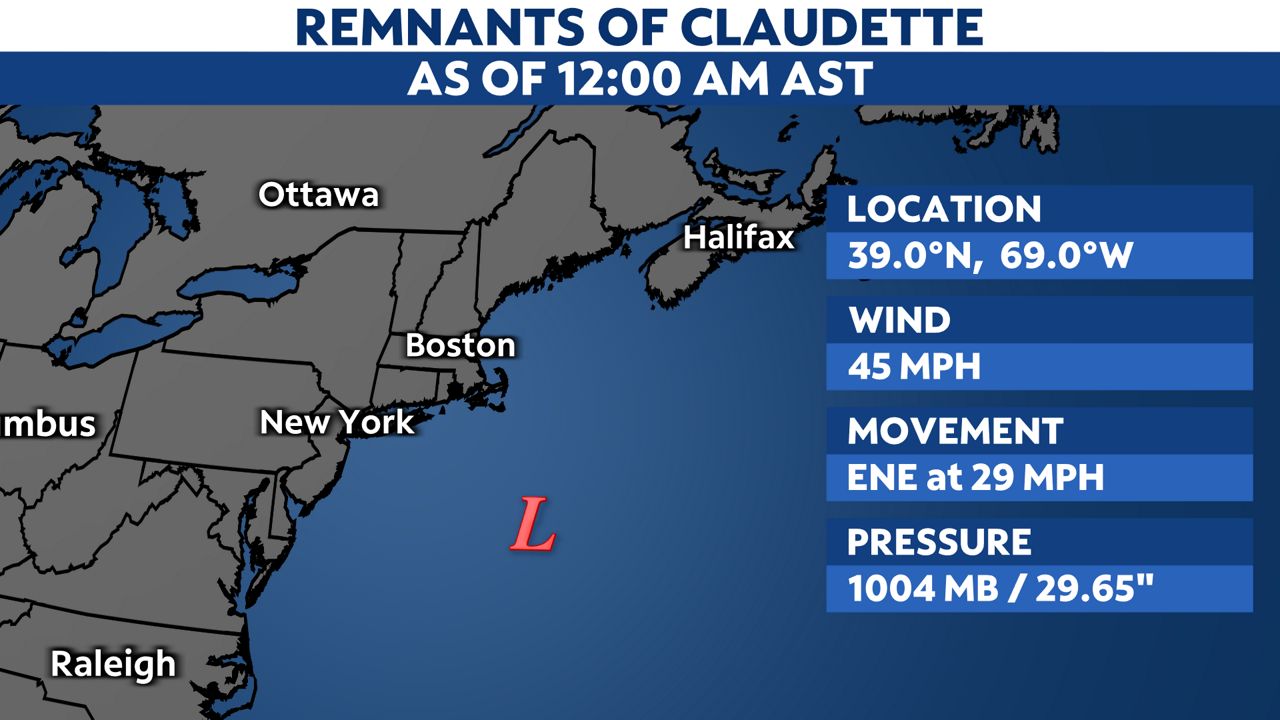 Tropical Storm Claudette lost its tropical characteristics Monday night as it quickly moved away from the U.S. coast.

Claudette moved off the coast of North Carolina Monday morning, swiftly heading east-northeast. It became a post-tropical system Monday night, but its remnants will cause rough seas and rip currents along parts of the East Coast into Tuesday.

Rainfall of three to six inches fell across parts of the Southeast this past weekend.

One disturbance east of the Caribbean has a low chance of development this week. Otherwise, we aren’t seeing much activity in the rest of the Atlantic because of lots of dry air from the Saharan Desert, strong winds aloft and a harsh environment, common for this time of year.