Winter outlook suggests a mild season for most of the U.S. 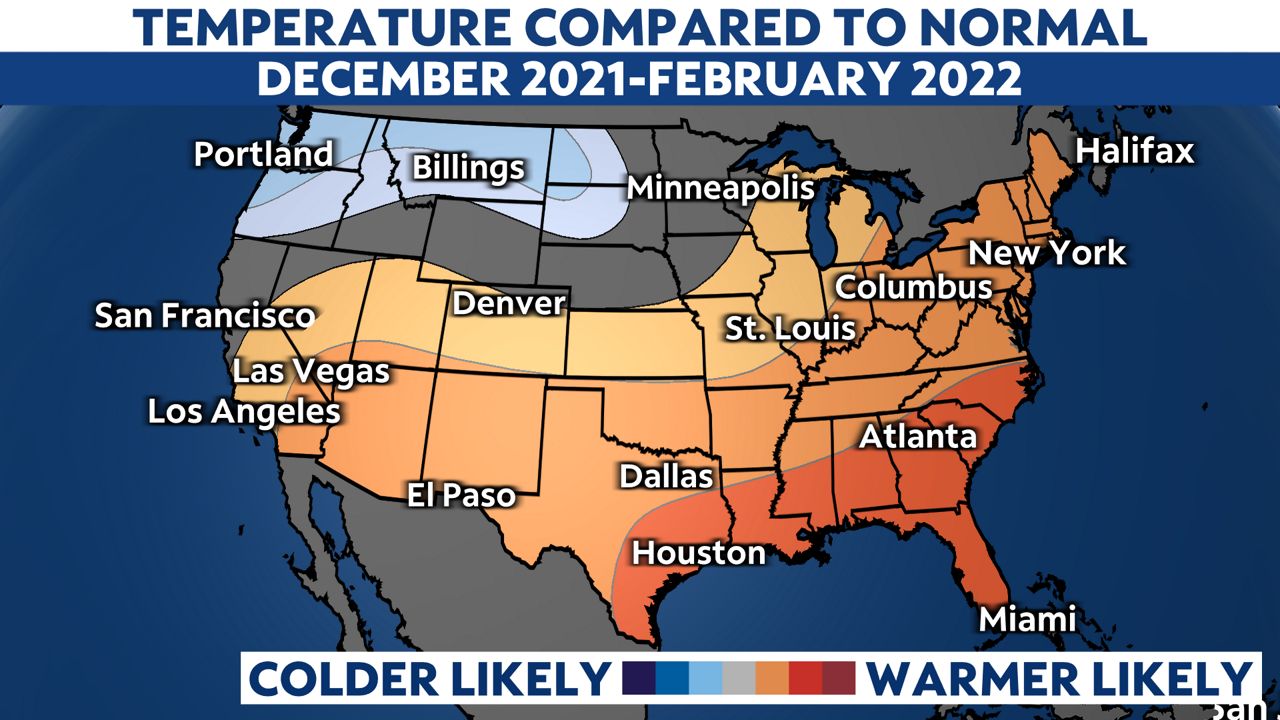 NOAA’s Climate Prediction Center published its first winter outlook for the upcoming season. For most of the country, the odds favor a warmer-than-normal winter.

The outlook covers meteorological winter–December through February–as a whole. A mild winter doesn’t mean no cold at all, for example.

Much of the Southern and Eastern U.S. favor above-average temperatures this winter, and the highest chances run from Texas into the Southeast. Meanwhile, the Pacific Northwest and Northern Rockies may end up on the cooler side.

The lightest shade of orange shows areas that have just slightly better-than-even chances of being warmer than average, but the deeper reds indicate better chances.

Parts of the Great Lakes and Ohio Valley, as well as the Pacific Northwest, have the best chance of seeing more precipitation than average this winter. Much of the southern U.S. favors being drier.

Something to keep in mind for those who get snow: The outlook doesn’t make a distinction between rain or snow. After all, the type of precipitation all depends on the temperature when it’s actually falling, and that’s not something the winter temperature outlook can tell us. 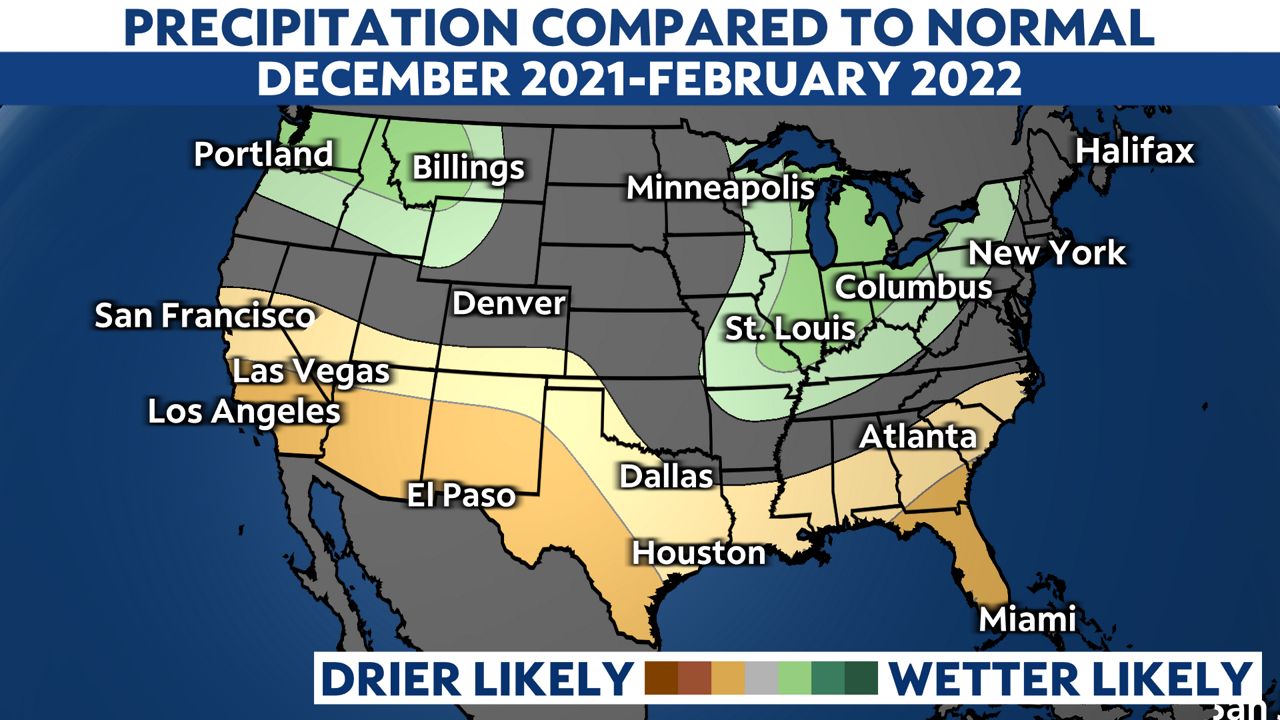 There’s always a “but”

As with most predictions, this is all about odds. A 60% chance of warmer-than-normal temperatures is definitely higher than “even” odds of 33% (since there are three conditions: below normal, near normal and above normal). You can hedge your bets that way, but it’s not a slam-dunk guarantee.

La Niña, the ocean-atmosphere interaction that’s expected to drive the situation this winter, tends to cause certain temperature and precipitation patterns. Not every La Niña is the same, though, and other things can throw a wrench into things.

That happened just last year. Much of the country, especially the middle third, had above-normal temperatures for December and January. Then, February’s extreme cold air outbreak hit, erasing the mild average for all but the Northern Plains. Read more about how last winter’s outlook panned out.