Why Ida is big trouble for Louisiana 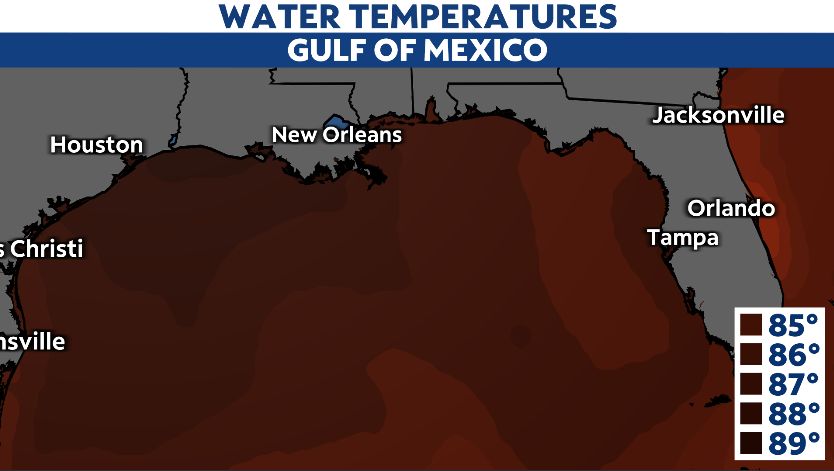 Ida continues to intensify near Cuba, and the storm will likely intensify further.

Ida has many things working in its favor to become a major hurricane. There are no competing fronts and storm systems to deal with, and wind shear will be minimal as it cruises across the Gulf of Mexico.

But two key components could allow Ida to cause major problems for Louisiana.

The first is the water temperatures in the Gulf of Mexico.

The Gulf in late August is one of the warmest bodies of water on Earth. Water temperatures remain in the mid-to-upper 80s across much of the area, more than enough to feed Ida and allow further intensification.

Another component you may not have heard of is the Gulf Loop Current.

The loop current runs across the eastern Gulf of Mexico. It is a deep stream of warm water that lifts north out of the Yucatan, makes a loop in the Gulf, and turns southeast towards the Florida Straits.

The deep, warm water allows hurricanes to intensify rapidly, and many hurricanes tap into the loop current as they become major hurricanes.

The most memorable storm to hit the loop current was Katrina in 2005. The deep, warm water allowed the cyclone to become a category 5 major hurricane before slamming the Mississippi coast as a category 3.

Ida will likely tap into the warm Gulf waters and the loop current and become a major hurricane.

That would be big trouble for Louisiana, as landfall is possible in that area late Sunday or early Monday.

Ida is a system to take very seriously in the northern Gulf coast area.