Where tropical systems tend to develop in June 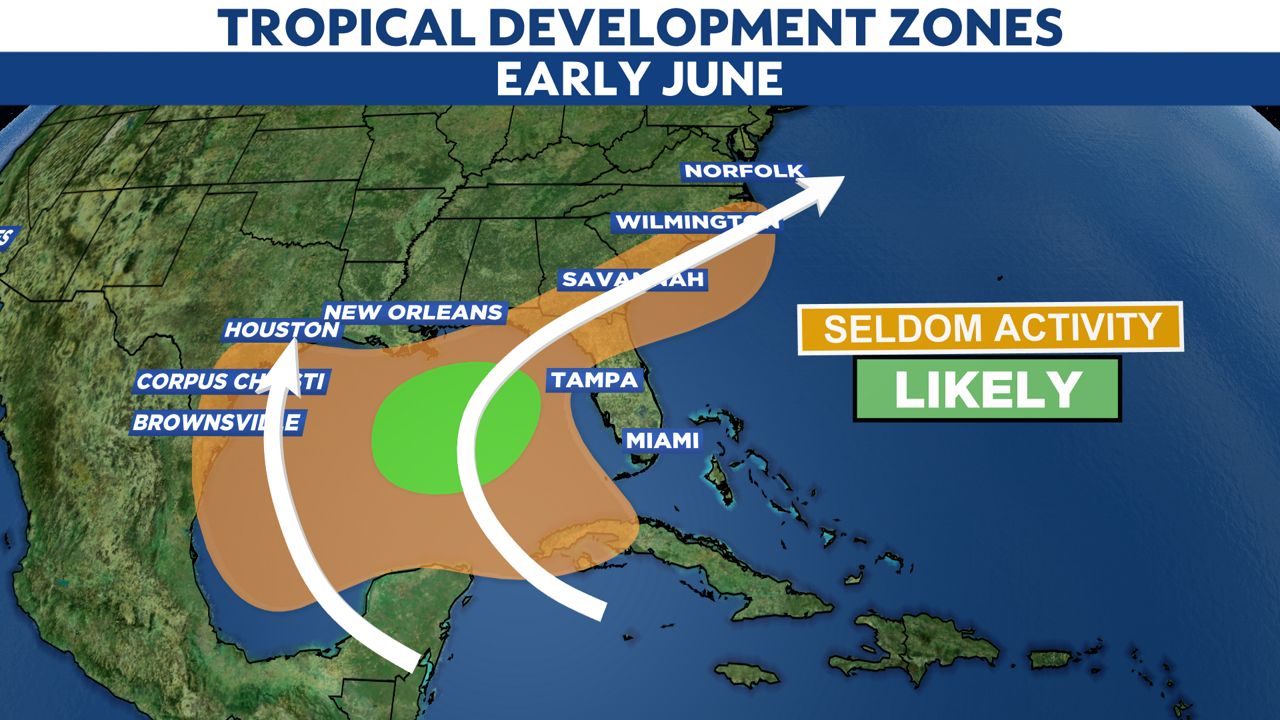 With another active year expected, it’s important to know where tropical systems could form.

The beginning of June is still very early for hurricane season. Many systems only develop into tropical depressions or storms because ocean temperatures are not warm enough to fuel stronger systems.

However, the western coast of Florida, the middle point of the Gulf of Mexico, is usually where most active tropical weather occurs.

Development is likely in this location, and storms usually follow tracks directed northeastward, making the southeastern U.S. a target for tropical systems in early June.

Development zones shift as the summer months continue, and as weather patterns rearrange, we can see better conditions for hurricane activity.