Wax on, wane off: Knowing the moon phases 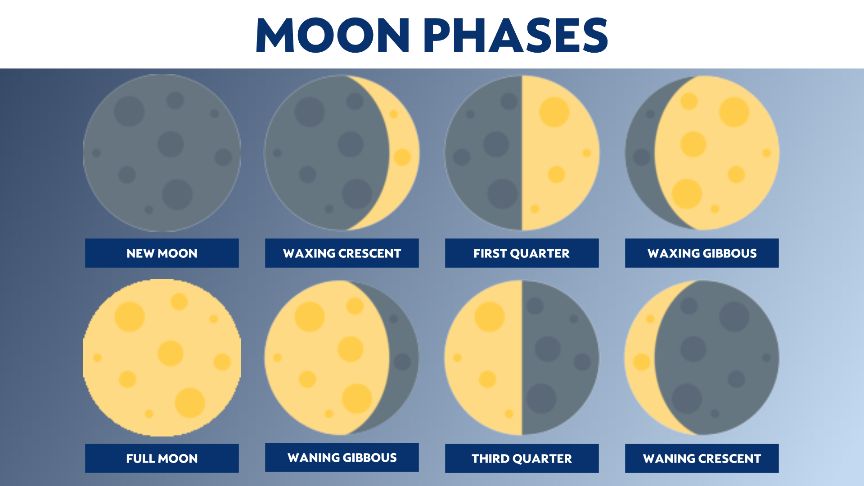 Have you ever looked up into the night sky and wondered why the moon always looks different? Learn the science behind the moon phases and how to identify them.

The science behind moon phases

I know we’re focusing on the moon in this blog, but the sun plays a role. Get this. The sun always illuminates half of the moon. So if this is the case, why doesn’t the moon always appear full?

Because the moon orbits around the Earth, it will appear more or less illuminated depending on its position.

Getting to know the phases

Once you know what the different phases look like, it’ll be easier for you to identify them in the sky.

The one thing that will help you is remembering the title of this blog. When the moon is “waxing,” it will appear more illuminated, and when it is “waning,” less of it will illuminate night by night.

New Moon: The full moon and this phase are the two easiest phases to identify. With the new moon, it will look as if the moon is missing entirely from the sky. That’s because, at this point, the sun illuminates the back of the moon not facing the Earth.

Waxing Crescent: Things get a little bit trickier when differentiating between waxing and waning. For these “in-between” phases, it helps to monitor the progression of the moon’s lit surface each night. Then you can tell if it’s becoming more or less illuminated. Regardless, in this phase, only a sliver of the moon is apparent.

First Quarter: This one always gets me. In this phase, the moon appears to be half-lit. So, you’re probably thinking, ‘why is this not called the half moon?’ Remember, you’re only seeing half of the moon at any time because the other half is facing the sun. Therefore, when you take half of half, you get a quarter!

Waxing Gibbous: Most of the moon is illuminated in this phase, and more of it shows each night leading up to the full moon.

Full Moon: This will be the complete opposite of the new moon. Instead, the sun will illuminate the front half of the moon facing the Earth.

Waning Gibbous: Here, we start going backward, and each night, less and less of the moon will appear. At this phase, the moon appears to us three-fourths lit.

Third Quarter: Like the first quarter, although it appears half-lit, it is half of the half you can see (thus making it a quarter).

Waning Crescent: One little crescent is left illuminated before eventually returning to its “invisible” phase, otherwise known as the new moon. 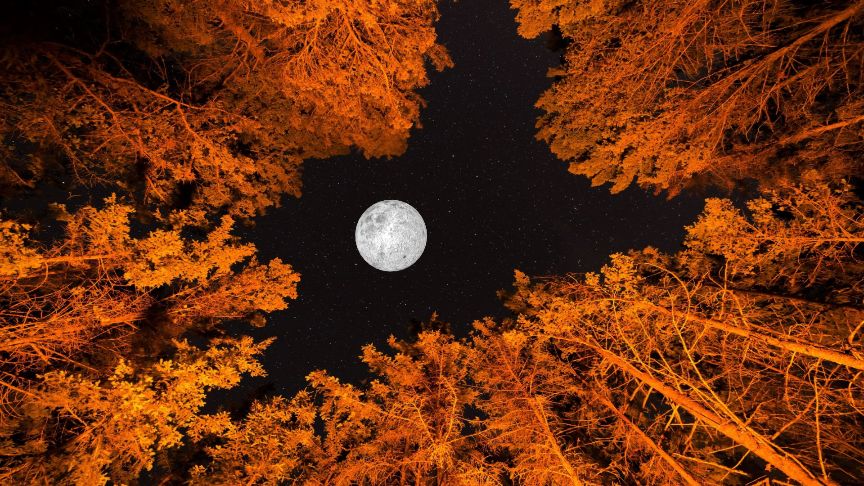 Did you know each full moon has a nickname? Throughout time, groups would designate a name to a full moon based on what was going on around them during that time.

Although there is typically about one full moon per month, some calendar years may allow for 13.