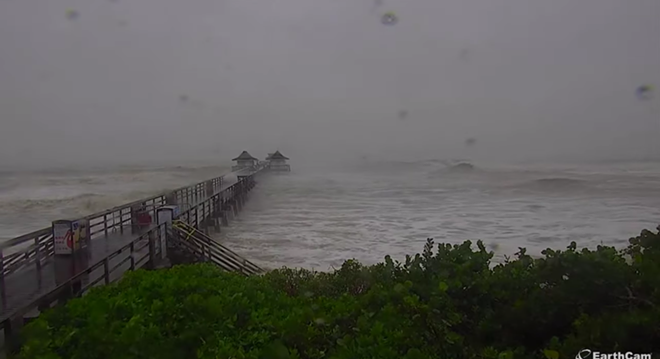 As Hurricane Ian gears up to slam into the southwest coast of Florida, many of the effects of the massive storm are already being felt in the state. Live traffic cameras and 24-hour webcams in the area are already showing terrifying conditions on the ground.

Hurricane Ian is projected to make landfall south of Tampa Bay as a strong Category 4 storm, with sustained winds above 130 miles per hour. Life threatening storm surge is expected near the eye of the storm. It’s like that the storm will head toward the Orlando area and, due to its extreme size, outer bands of the storm are already here.

For some people, knowing what’s coming can be comforting. With those folks in mind, we share the following streams of the approaching storm.