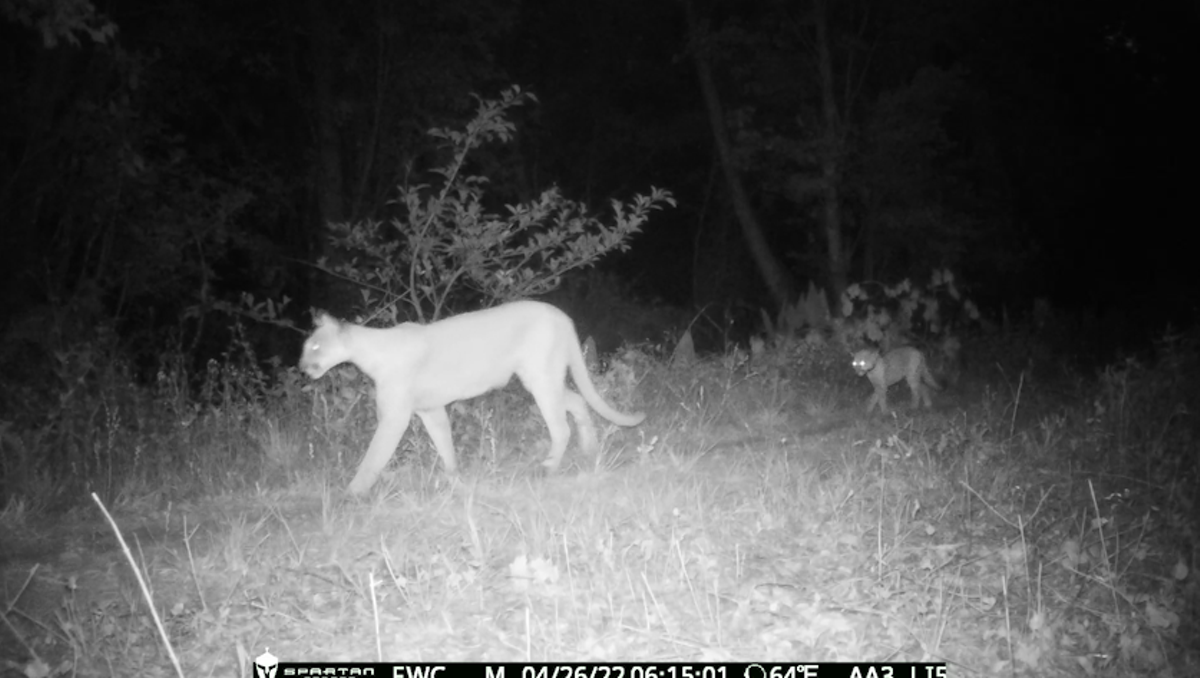 The folks who work for the  Florida Fish and Wildlife Conservation Commission are no strangers to long hours and grueling drives through Florida’s most remote places. But even knowing that, the quest they took to reunite a Florida panther kitten with its mother is an odyssey.

The 4-month old kitten was found by a concerned citizen, who brought the endangered animal to FWC officials for fear that it was abandoned. Research Scientist Dr. Dave Ontario and big cat Veterinarian Dr. Hollis Stewart spread the kitten’s scent in a two-mile range from where it was found, in order to attract its mother.

The mother didn’t show and the decision was made to transport the kitten to White Oak Conservation in Northeast Florida. The group has rehabilitated nearly 20 panthers and released them into the wild. The kitten was driven the 400 miles from Naples Zoo to the wildlife sanctuary.

It was around this time that the kitten’s mother reappeared. FWC learned of the mother’s reappearance after completing the 800-mile round trip. Undeterred, they drove back to Yulee from Collier County and brought the panther home.

The clip above shows the moment of reunion after thousands of miles of transport, as well as several trail camera-captured moments of the pair sticking together.