Splash Mountain is gone for good, but its water lives… 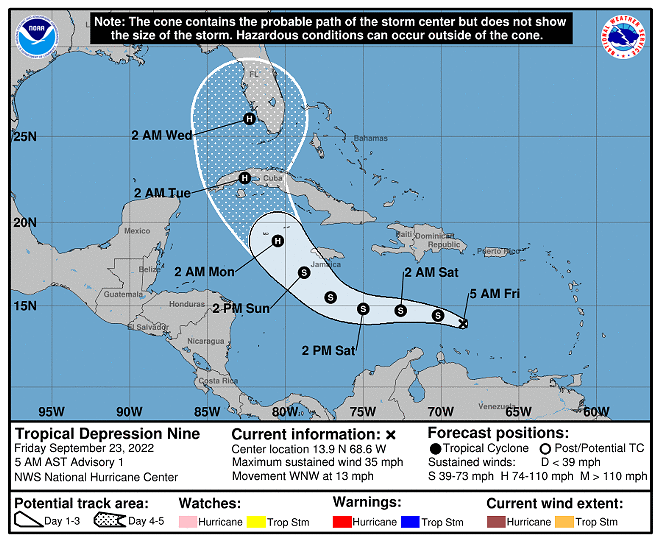 The National Hurricane Center noted that an area of weather monitored off northern coast of South America has formed into the ninth tropical depression of the year.

The depression is expected is expected to head north and west from its current location south of Hispaniola. They note that the system is likely to reach tropical storm strength before reaching Jamaica and the Cayman Islands.

The end of the NHC’s forecast period has the storm crossing Western Cuba and entering into the Gulf of Mexico. Tentative tracks for the likely hurricane that will form in coming days place all of Central and South Florida in the path of the storm.

Splash Mountain is gone for good, but its water lives on through superfan eBay sales | Orlando Area News | Orlando