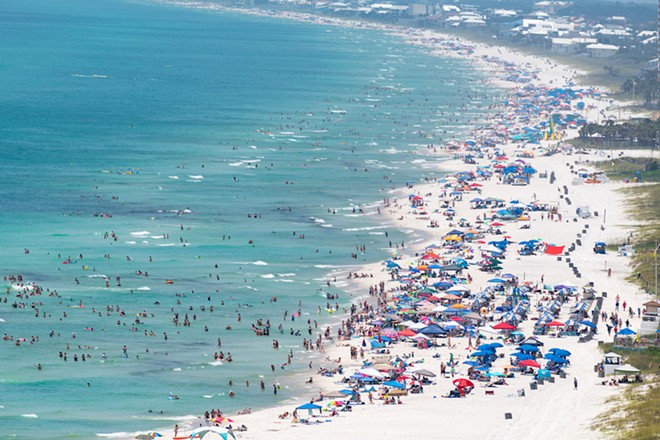 Florida was one of six states where population was undercounted during the 2020 census, according to a report released Thursday by the U.S. Census Bureau. Florida had an estimated 3.48 percent undercount, the fourth-highest rate in the country behind Arkansas, Tennessee and Mississippi.

Other states with undercounts were Illinois and Texas. States with population overcounts were Delaware, Hawaii, Massachusetts, Minnesota, New York, Ohio, Rhode Island and Utah, according to the census bureau.

The report, known as the Post-Enumeration Survey, is designed to determine how well the census bureau performed in the once-a-decade census. Census population numbers are important, in part, because they help determine how many members of Congress represent each state and how certain federal money is distributed.

“Achieving an accurate count for all 50 states and D.C. is always a difficult endeavor, and these results suggest it was difficult again in 2020, particularly given the unprecedented challenges we faced,” census bureau Director Robert L. Santos said in a prepared statement. “It is important to remember that the quality of the 2020 census total population count is robust and consistent with that of recent censuses. However, we know there is still more work to do in planning future censuses to ensure equitable coverage across the United States, and we are working to overcome any and all obstacles to achieve that goal.”