OneBlood asking for blood donors in regions not impacted by…

Tornado watches issued in Central Florida counties ahead of Hurricane… 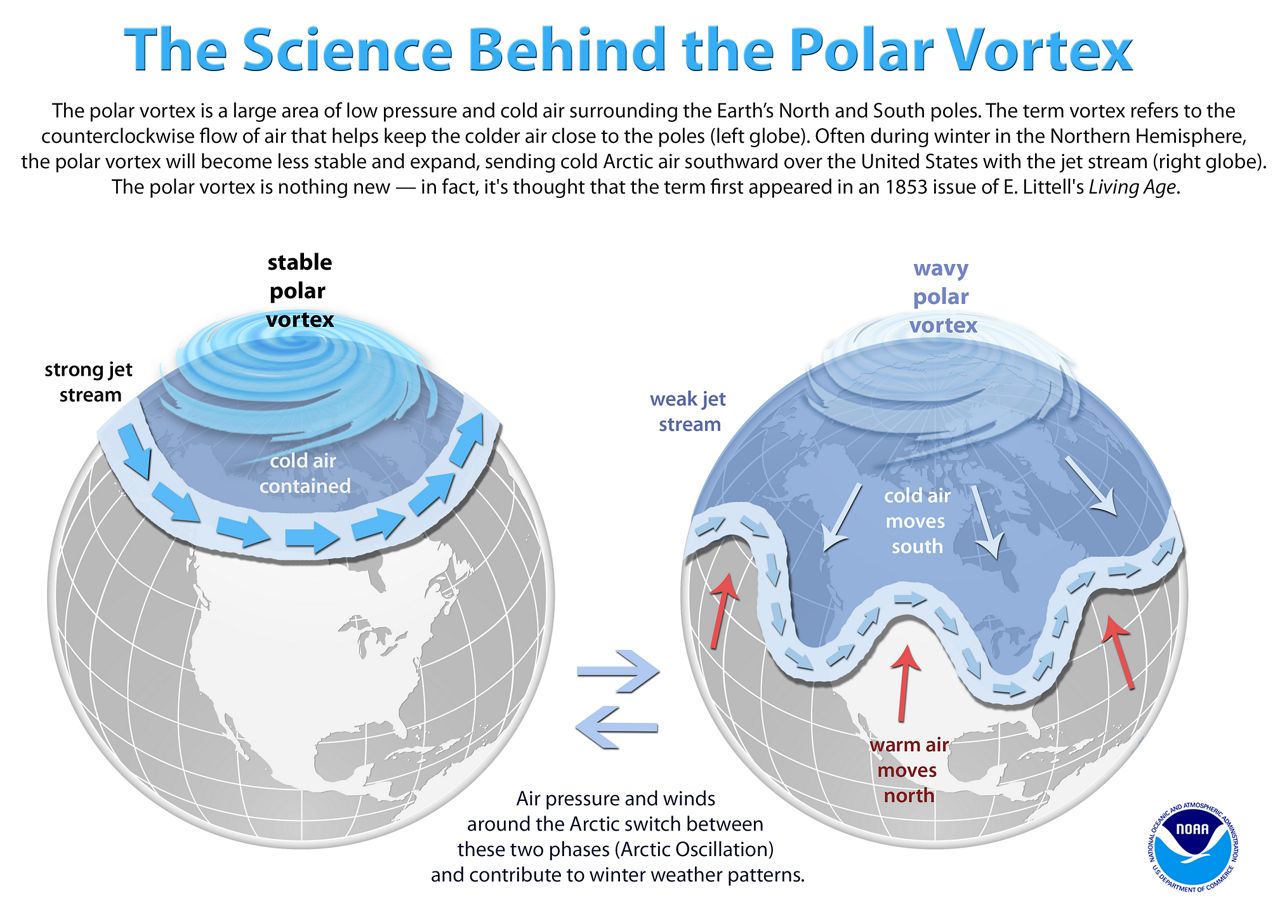 January usually brings the coldest air of the season to much of the country, and this year has seen its fair share.

Whenever that mercury dips, the term “polar vortex” gets thrown around and inserted into conversations.

But what is this phenomenon, and is this the reason for the chill this month?

The polar vortex is an area of fast-moving westerly winds about 10-30 miles above the North Pole, in the stratosphere.

Inside this area of winds is frigid air at the surface that usually parks itself around the pole for the winter. However, every few years, these fast westerlies weaken. The protective barrier around the cold air breaks down, allowing for warmer air to move north into the polar region and cold air to be pushed south into the mid-latitudes–places like the United States.

This cold air can situate itself in the mid-latitudes for an extended period.

Remember the extreme cold that unfolded in February 2021? That was because of the polar vortex.

Several weeks before the cold ushered into the U.S., satellites tracked the warming in the stratosphere, showing the weakening in the vortex.

This cold air ushered as far south as Mexico and broke records all over the United States in February. Parts of Texas recorded their lowest readings in over 100 years, and with this cold came an immense strain on the power grid.

January 2022 has seen some chilly days, but these chilly conditions differ from a polar vortex event.

The polar jet stream is an area of fast-moving winds that occur in the troposphere, the level of the atmosphere about 5-9 miles above the surface (below the stratosphere).

This boundary separates the warmer mid-latitude air from the colder polar air. The jet stream is more fluid and oscillates over the winter, which is why we see the fluctuations in our day-to-day weather. It may be cold for a day or two, but then temperatures moderate.

Associate Professor Paul Ulrich of Regional Climate Modeling at UC Davis explains that it’s this warming that has melted Arctic sea ice, changing the albedo in this region and “transforming a highly reflective icy surface to a dark absorptive surface.”

With a warming Arctic region, more extreme and unusual weather patterns are in the realm of possibility.

The history of Fiona as a tropical name

How to limit sun glare this time of year