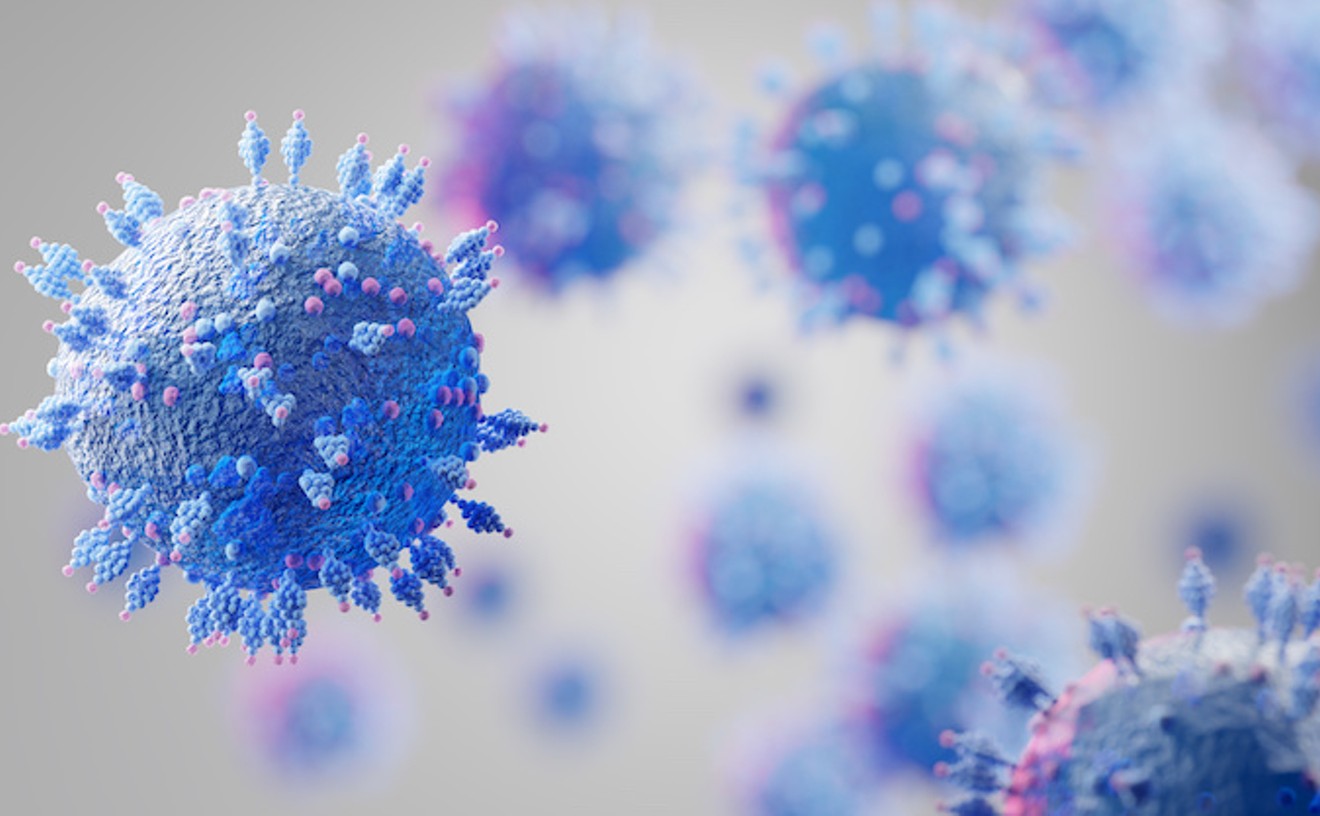 On Friday, the Dow collapsed by 2.5%, its worst post-Thanksgiving performance since 1931. The culprit wasn’t inflation, but rather the uncertainty sparked by the Omicron variant — which sounds like the title of a bargain-bin sci-fi novel — a new strain of the coronavirus that produced an “exponential rise” in COVID cases in southern African nations.

It’s unclear how well the vaccines will protect against it, though the variant doesn’t seem to cause more severe disease than its predecessors. Even so, with more than a quarter of U.S. adults still unvaccinated, the threat of another COVID wave sent investors into the fetal position.

The news prompted the usual idiocy from the usual suspects. Fox News hosts suggested Democrats would invent a new variant every two years. Ronny Jackson, the former White House “Dr. Feelgood” turned Texas congressman, accused Democrats of manufacturing the variant “to push unsolicited nationwide mail-in ballots.” Such sewage would be best ignored had it not already led to Republicans comprising 60% of the unvaccinated, contributed to untold thousands of deaths, and turned the pandemic into a new culture-war front.

After the U.K. identified two Omicron cases associated with a flight from South Africa, the U.S. and European Union restricted air travel from the region. Travel bans don’t work; the variant almost certainty made its way across the globe before we knew it existed. Moreover, the U.S. ban exempts American citizens, as if the virus chooses victims based on their passports.

It would be more productive to subject all international travelers, no matter their point of origin, to testing and quarantine requirements, and while we’re at it, to require proof of vaccination to board all flights at U.S. airports. A federal court has blocked Biden’s order compelling large businesses to require vaccinations or regular COVID tests — the administration is appealing — and several conservative states have passed laws to undermine vaccine mandates. But there are still ways to make life inconvenient for the unvaccinated.

The point isn’t just that encouraging vaccinations will reduce sickness and death. It’s also that suppressing a virus’ transmission limits its ability to mutate into more transmissible and potentially deadlier variants.

Of course, those options would stoke the culture war’s fires, and Biden doesn’t have much appetite for that. So in the absence of meaningful actions, a travel ban gives him something to point to, pointless — even counterproductive — gesture though it is. After all, the world knows about the variant because scientists from South Africa quickly detected and reported it. But now the country will be punished for their good deed, which will discourage other countries from being so forthcoming.

It’s no coincidence that the Omicron variant appears to have emerged in a country with a large unvaccinated population. Less than a quarter of South Africans are fully vaccinated; just 7% of people in Africa are. In many ways, the pandemic has become a plague of the poor, disproportionately infecting and killing those in the developing world. Indeed, as of last month, just 4% of people living in low-income countries had been vaccinated.

This is yet another legacy of racism and colonialism — and another case of short-sighted avarice biting us in the ass.

The United States has set a goal of vaccinating 70% of the world’s population by next September, but that’s unlikely. Wealthy nations have largely abandoned the global poor — or at least, made their needs secondary at best.

Donations to COVAX, the international body that distributes vaccines to poorer countries, have been abysmal. According to a report released last month by The People’s Vaccine, Pfizer and Moderna sold only 1% and 3% of their respective supplies to COVAX. Moderna, meanwhile, has sold 93.5% of its supply to high-income countries, and Pfizer has sold 67%. Neither has sold anything to low-income countries, and as of October, Moderna had yet to deliver any of the 34 million doses it promised to COVAX.

It would be relatively simple to increase the global vaccine supply by billions of doses. Public health experts say that pharmaceutical manufacturers in Brazil, Argentina, South Africa, India, Thailand and Indonesia could quickly begin producing the vaccines developed by Moderna and Pfizer if those companies licensed their mRNA technology. But they’ve refused, supposedly because the vaccines are too complicated to be manufactured in foreign countries.

More likely, given the $53 billion the vaccines have generated, they don’t want to risk the profits that future mRNA vaccines might produce.

If Big Pharma won’t play ball, however, there’s another way to skin the proverbial cat. For a year, India and South Africa have pushed the World Trade Organization to suspend intellectual property rules, which would allow generic drug manufacturers to make low-cost vaccines they could distribute all over the world. Citing the pandemic’s “extraordinary circumstances,” the Biden administration says it supports the waiver.

But in September, the United States joined the E.U., U.K. and Switzerland in opposing a waiver; its reasons weren’t clear, though they seemed focused on the waiver’s language. In a statement on Friday, Biden called for WTO nations to waive the rules in a meeting this week.

“This news [of the Omicron variant] is a reminder that this pandemic will not end until we have global vaccinations,” Biden tweeted on Friday, boasting that the U.S. has donated “more vaccines to other countries than every other country combined.

It should be clear by now that charity won’t get the job done. In a global crisis, pharma profits — built with government incentives and/or publicly funded research — can’t take priority over the welfare of low-income populations. Ideally, the morality of such an idea would convince the world’s wealthiest nations to act.

If basic human decency isn’t sufficient, however, maybe self-interest is: The more countries there are with masses of unvaccinated people, the more chances the virus has to mutate, and the more we’ll prolong the pandemic.