The history of Fiona as a tropical name 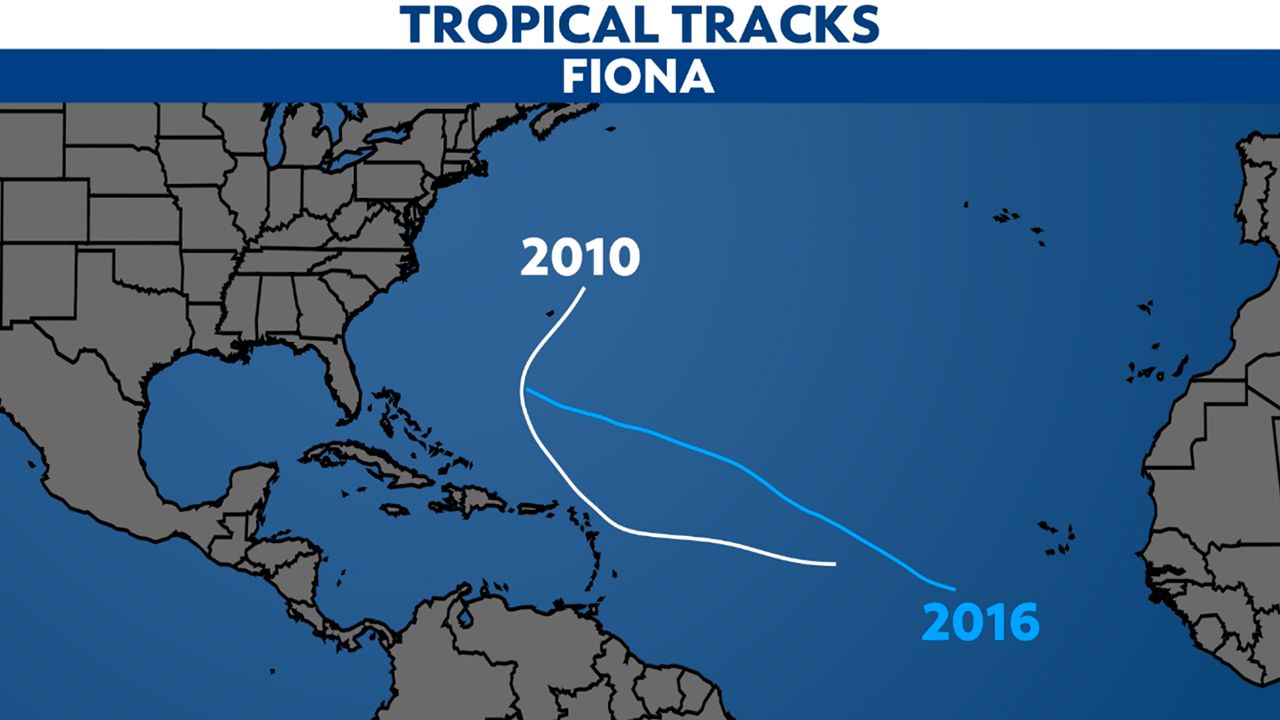 Fiona developed on Sept. 15 as a tropical storm well out in the Atlantic, becoming our sixth named system of the 2022 hurricane season.

This is not the first time we’ve heard the name Fiona. It’s come up in rotation twice since joining the list back in 2010.

The World Meteorological Organization first developed the list of tropical names in 1950. They use six lists of 21 male and female names in rotation and recycle them every six years.

If they consider a storm so deadly and destructive that future use of that name would be insensitive, they retire the name and another name takes its place.

This is how Fiona came to join the list twelve years ago.

In 2004, Hurricane Charley hit Florida three weeks prior to when Hurricane Frances made landfall in Florida. Frances was a Category 2 hurricane with winds of 105 mph and caused 50 deaths and over $10 billion in damage.

This was enough destruction to retire the name at the end of the season. Six years later, Fiona replaced Frances.

The first time we saw Fiona was in 2010, when a tropical depression strengthened into a tropical storm on Aug. 30. Fiona made a close pass to the Leeward Islands but stayed out over water and dissipated four days later.

A similar situation occurred in 2016, when a system received the name Fiona. Once again, it only achieved tropical storm status and had no interaction with land.

Fiona’s history of being a fish storm changed this year, making landfall in Puerto Rico and the Dominican Republic as a hurricane. Both islands suffered damaging effects from high wind, heavy rain and storm surge.

We’ll have to wait until the end of the season to see if the World Meteorological Organization retires Fiona for the damage it has caused or if the name will show back up in the year 2028.