The first new Hurricane Hunter aircraft since the 1990s 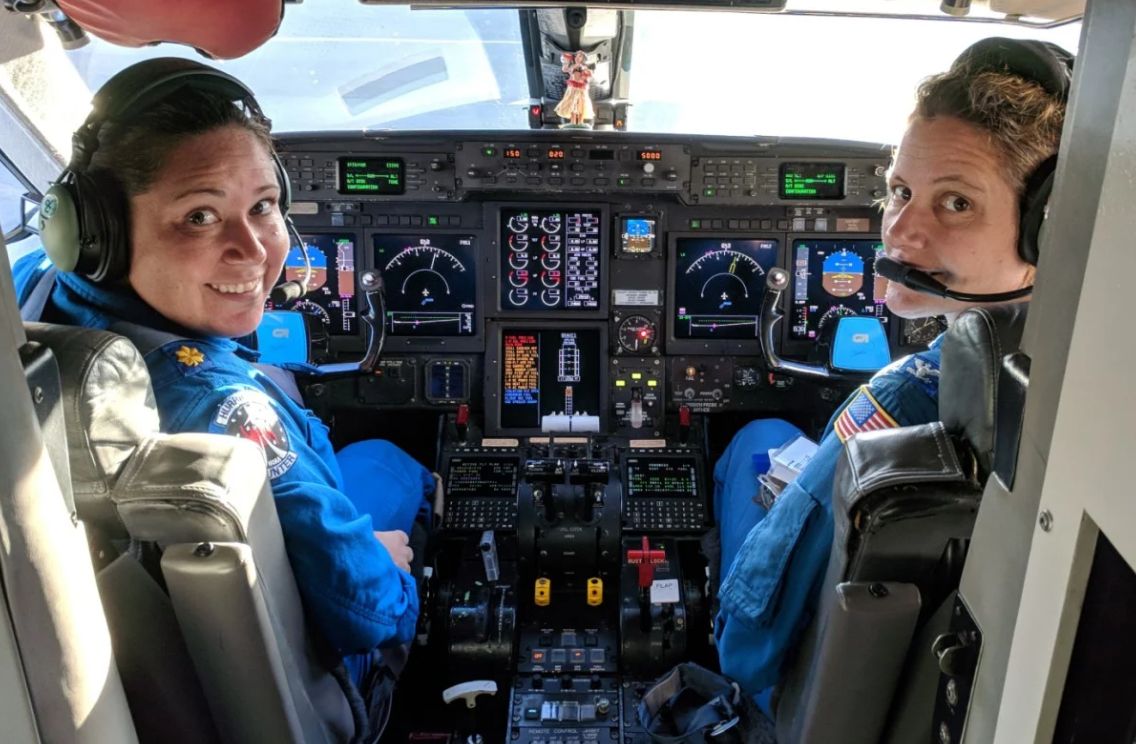 Congress’ passage of the Inflation Reduction Act in the summer of 2022 included nearly a half-billion dollars for weather forecasting and research. $100 million of that will go to acquiring a new Hurricane Hunter aircraft, which could be a game-changer for the National Hurricane Center.

Hurricane Hunters are aircraft that are operated by the National Oceanic and Atmospheric Administration (NOAA). These flying laboratories journey into and above storms like hurricanes and blizzards, where they take measurements of the atmosphere. Weather forecasters and computer models use this data to make storm predictions.

The Hurricane Hunters are based in Florida. The main fleet consists of three aircraft: two WP-3D Orion aircraft and one Gulfstream G-IV jet. The Gulfstream jet is designed to fly above the storms, while the Orion aircraft fly through them.

NOAA got funding for a new Gulfstream aircraft in the Inflation Reduction Act. $100 million was allocated for the purchase and custom outfitting of the plane.

This will be the fulfillment one of NOAA’s longtime needs. As early as 2016, the agency knew that its current Gulf IV aircraft was nearing the end of its use. In the past few years, maintenance issues have limited its availability during hurricane season. NOAA requested a new aircraft in 2019 with the hope that it would go into service in 2022.

With the passage of the Inflation Reduction Act, the plane’s future is now certain, and it is expected to go into use in time for the 2024 hurricane season. The new plane will make it possible for NOAA to fly into two storms simultaneously. It also provides a backup if one plane needs servicing. 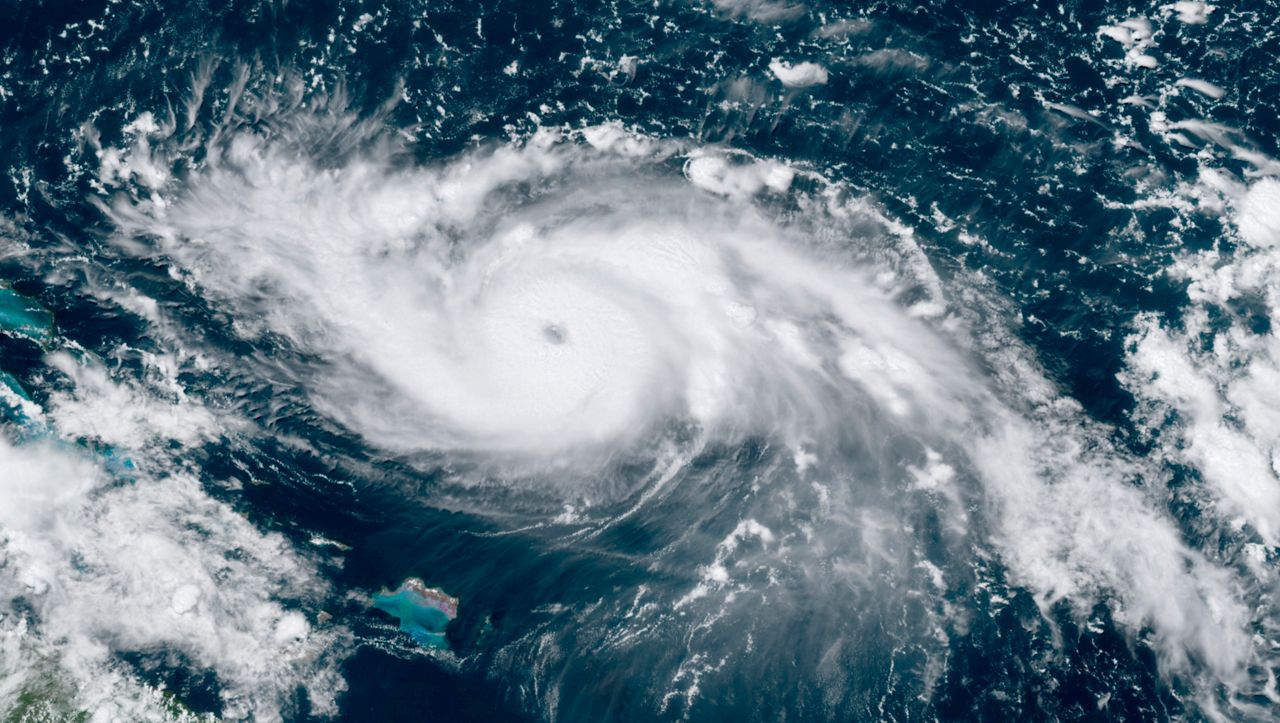 The new model is faster than the current plane. It will be able to fly for nine hours and move at speeds up to Mach 0.8, which is over 600 mph.

It also can fly higher. This is key in collecting vital data. The new aircraft can explore up to 51,000 feet. The old plane has a ceiling of around 45,000 feet. By having the ability to see higher into the atmosphere, scientists think they’ll be able to get a better idea of the intensity and structure of a storm.

The new plane can seat 14 people and will be custom fitted with the latest weather instrumentation to sample the atmosphere in and around storms.

One of the key features of the new Hurricane Hunter aircraft is a boom pole. This is a long pole that extends away from the aircraft. It contains sensors and allows collection of data away from the plane in undisturbed air.

The new plane will also be able to release radio transmitters called dropsondes. These instrument packets are released out of the plane and tracked as they fall. They give forecasters a 3D view of the temperature, wind and humidity in a storm, and that helps predict its path and whether it will strengthen or weaken. 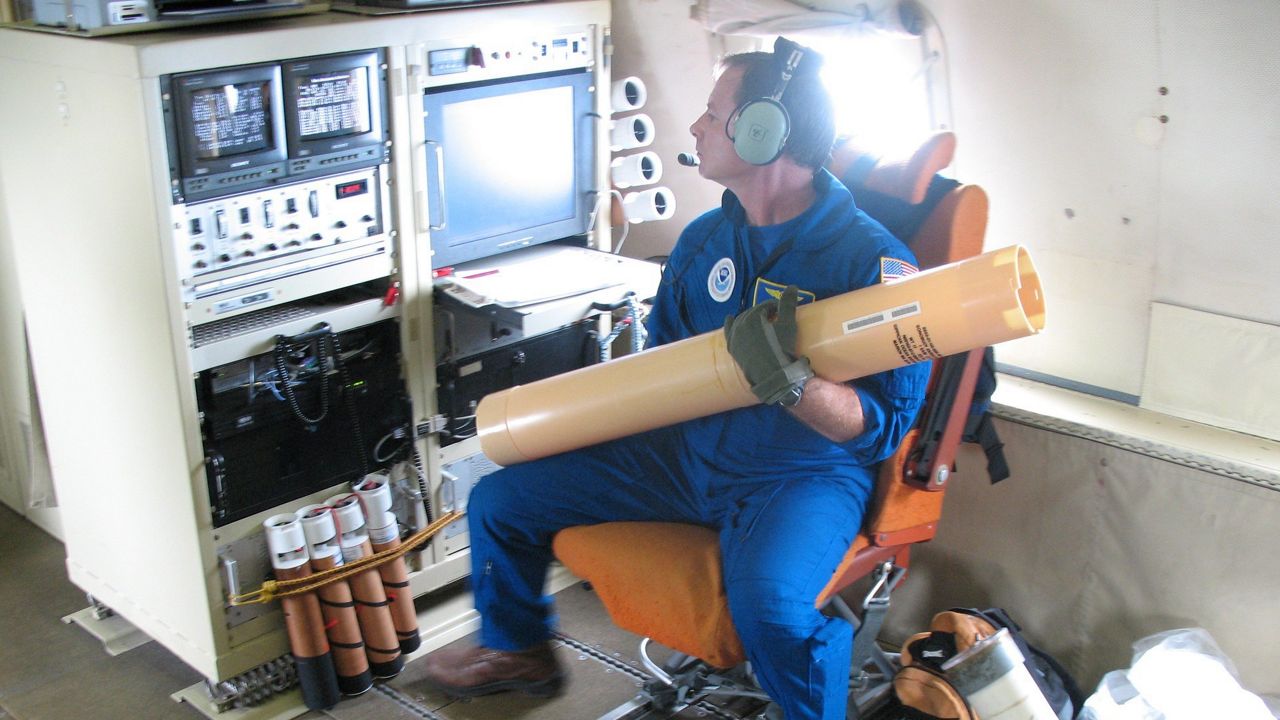 A member of a flight crew gets a dropsonde ready to deploy. (NOAA)

Finally, the plane will have a state-of-the-art dual Doppler radar unit installed on-board. This flying radar will allow NOAA to see inside the storm. This is especially critical for storms that are far from land where Doppler radars are typically located.

There are also plans to mount cloud sensors on the wings.

Besides the date of when the plane will be ready, the other big question is what its name will be. The Hurricane Hunter fleet is currently named after Muppet characters. The Orion planes are Kermit and Miss Piggy, and the Gulf IV is named Gonzo.

My guess for the name of the new plane? Big Bird or Animal.