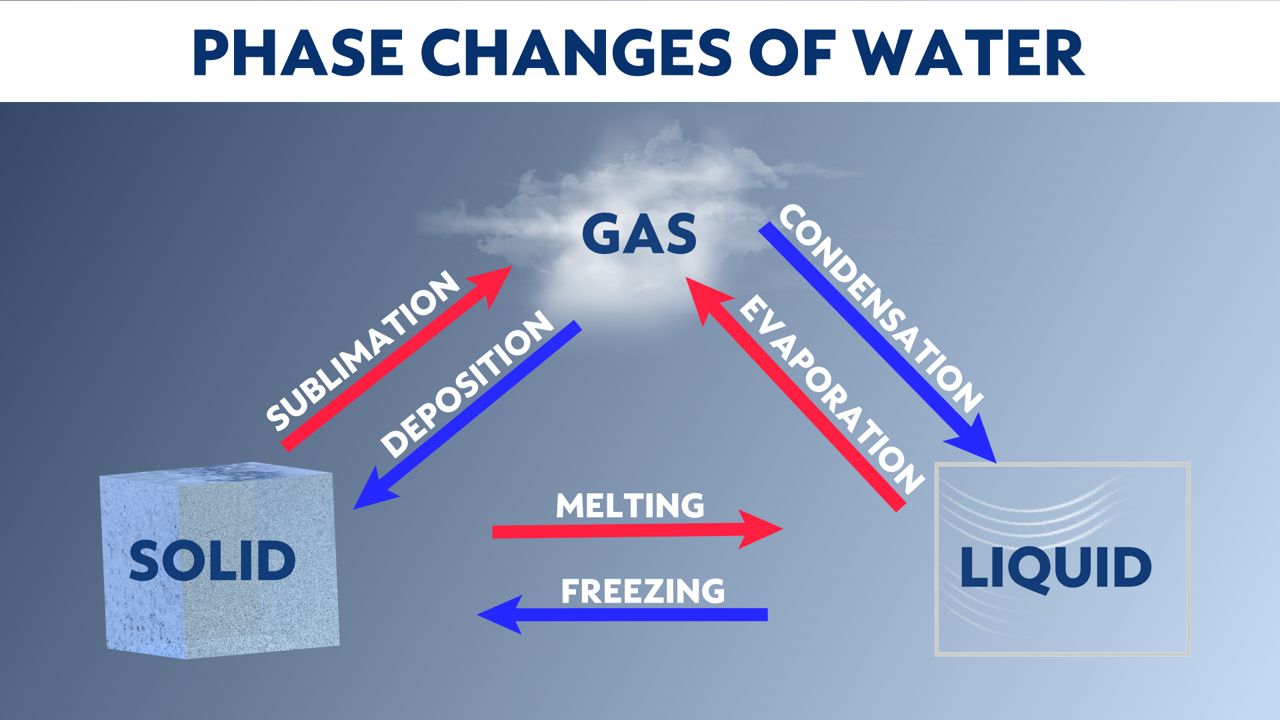 Water is a compound of two elements, hydrogen and oxygen. One molecule of water consists of two hydrogen atoms and one oxygen atom. It goes through six phase changes as it moves through the water cycle.

These phase changes are condensation and evaporation, freezing and melting, and deposition and sublimation.

Water can exist as a liquid, solid and gas as it moves through the water cycle. At its most basic level, liquid water is stored in oceans, rivers and lakes.

When heat energy is added (mostly by the sun), water is transitioned into its gaseous state. This is known as water vapor. Water vapor in the atmosphere remains a gas until it is cooled enough and becomes water droplets, forming clouds. This phase change is called condensation.

The process of collision-coalescence happens when cloud droplets collide with each other to form bigger cloud droplets. Eventually, the drops become so big or heavy that gravity can no longer keep them suspended in the cloud. As a result, they fall to the ground as raindrops. 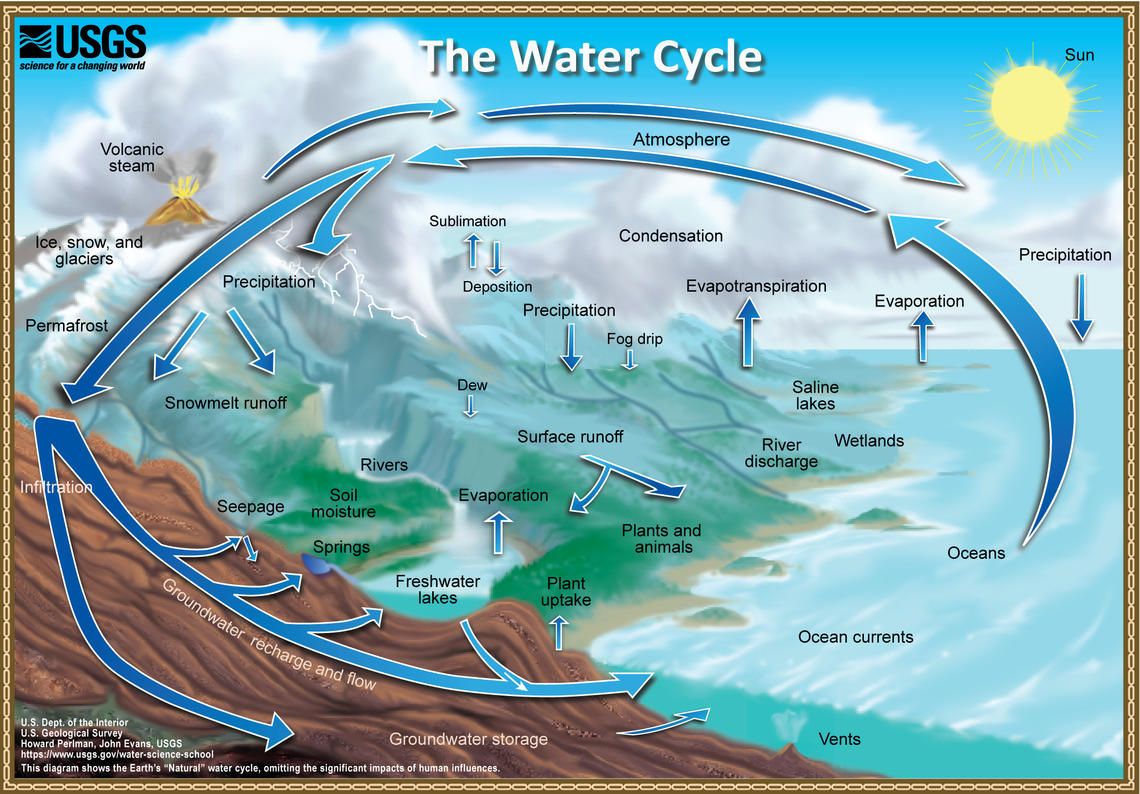 When rainwater hits the ground, it will flow back into the oceans, lakes or rivers where it originated. However, it may also be absorbed into the ground, moving into aquifers or becoming groundwater.

Similarly, when snowflakes fall to the ground, they may become part of the winter snowpack and eventually melt and flow into streams and rivers that flow into lakes and eventually back into the ocean.

At this point, the process starts all over again.

However, if the snowflake lands on a glacier, it could be stored for hundreds of thousands of years.

Given that the Earth is currently going through a warming period, thousand-year-old snow that has been locked up in polar continues to melt. 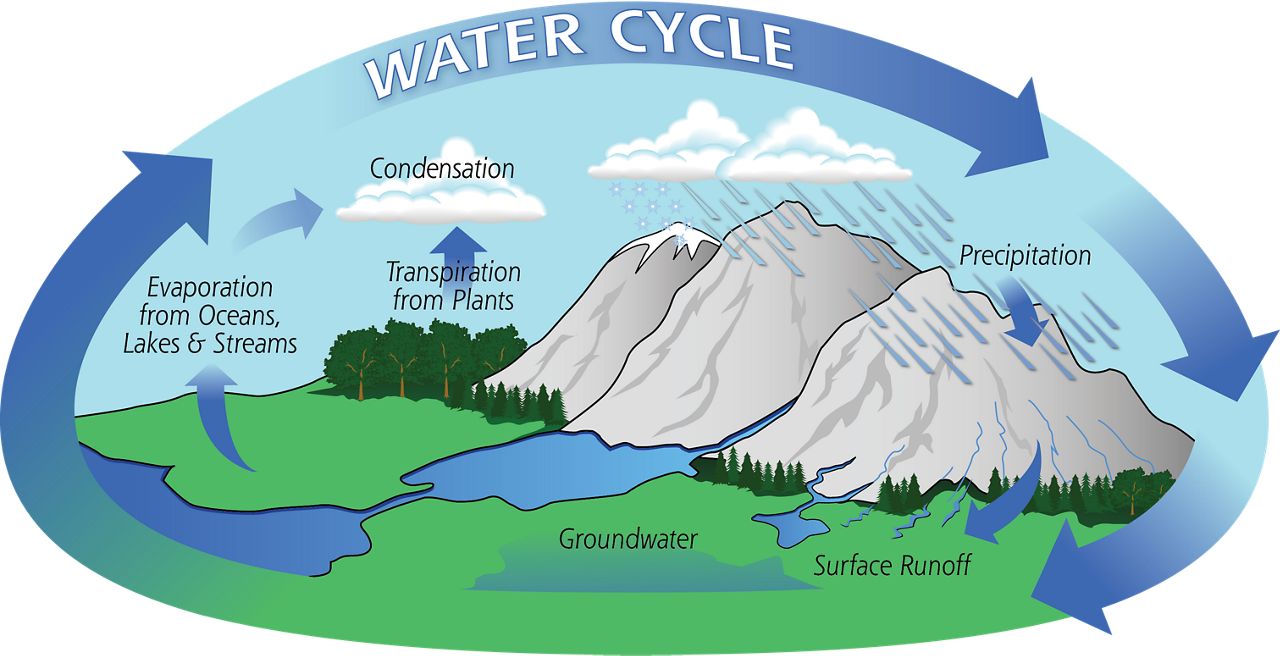