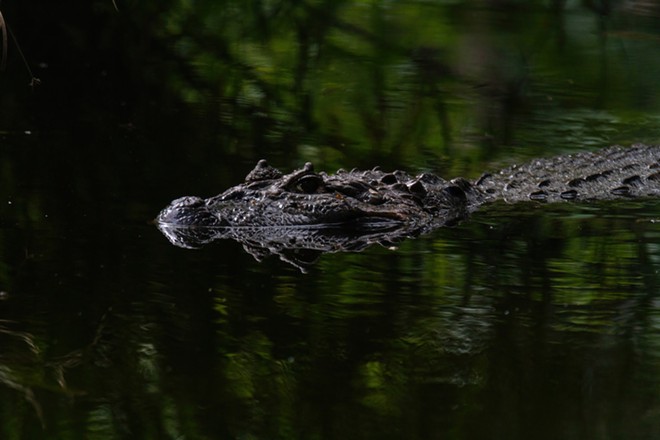 A 47-year-old man was killed at John S. Taylor Park this morning after being attacked by an alligator while swimming in a lake.

Largo Police Department (LPD) officers believe the man entered the water in search for a lost Frisbee disc, was bitten by a gator, and later died.

“FWC has been called and gator trappers are responding to Taylor Lake,” said LPD. “Do not come out near Taylor Lake at this time. Also, residents and visitors are reminded that you should not go swimming or near the lake at any time.”


Taylor Park has a 18-hole disc golf course that spans throughout the park, with multiple holes adjacent to the gator-infested lake. The lake has signs along its perimeter that warn people of gators and instruct them not to swim.

In 2020, a man—who was also reported looking for a lost disc—was bit in the face by a gator at the same lake. Luckily, he survived.

Both incidents occurred during alligator mating season, which is at its height during May and June, according to the Florida Fish and Wildlife Conservation Commission.

Be especially cautious of alligators during these months, as male gators are on the roam and can display aggressive behaviors.