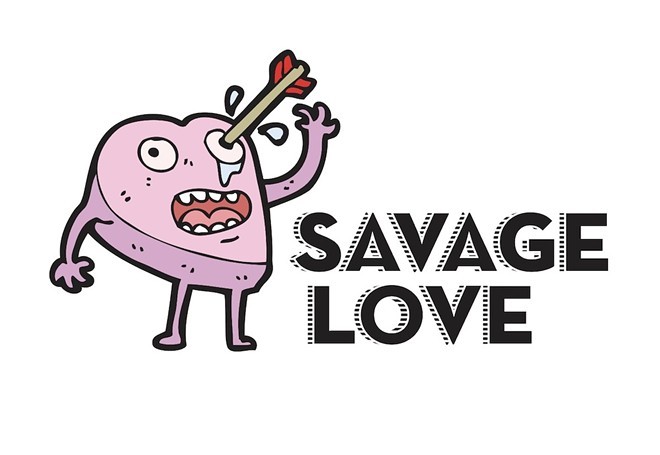 There is more to this week’s Savage Love. To read the entire column, go to Savage.Love.

Q: I’m a 40-year-old female, cis-het. I have very discerning tastes in men, and always end up alone. Any way to be more open without sacrificing my standards?

A: You’ve either had a terrible run of bad luck — assuming you’ve dated more than 10 men — or you’ve set your standards impossibly high. Some food for thought: Perhaps you think you want a long-term relationship because you were told that’s what you’re supposed to want — you were told that’s what all good people want — but you actually don’t want a long-term relationship. They don’t make you happy. But instead of telling yourself that you’re a good person who prefers short-term relationships and/or being alone, you’ve set your standards so high — you’ve dialed them up to sabotage  — because you want to be alone. And instead of owning that about yourself, you find fault in the men you date.

P.S. There’s no settling down without settling for.

A: Nope, sorry. You need to wait for it to heal.

Q: Tips for helping a penis-haver last longer when penetrating other than cockrings? (Cockrings are great, but they don’t help with longevity.)

A: Cockrings are great; I recommended them to another reader five seconds ago. But while a snug-but-not-too-tight cockring can help keep a penis-haver’s penis hard by gently restricting blood flow out of the penis-haver’s penis, cockrings don’t make penis-havers “last longer,” e.g., they don’t delay ejaculation. (Cockring 101: Gentle restriction is good; trapping blood in the penis is not. Cockrings should be snug, not tight.) If you’ve already tried all the standard-issue advice to treat premature ejaculation (which I’ve covered before and don’t have the space to re-re-re-rehearse in a Quickies column), an ED med like Viagra might help (for the reasons mentioned above); a low-dose SSRI is also an effective treatment for premature ejaculation.

P.S. Whenever someone writes “penis-haver” my slightly dyslexic brain reads “penis-halver,” as in, someone who cuts a penis in half — which some people in the body modification community have done, and bon(e) appetit to anyone brave enough to do a Google image search.

Q: For those that like to fuck outside on hikes and while camping … should we be wary of trail cams or go-pros people are hiding in trees for whatever reason? How to spot them?

A: If people are doing that — hiding cameras on popular hiking trails — well, then you should indeed be wary. Hike the beaten path, don’t fuck on it.

Q: An ex-boyfriend is seeing trans prostitutes. Do I tell his current wife if an opportunity to do so should arise? (And it will, as we live on a small island.) I would’ve wanted to know if we were still together. Should she not be offered the same?

A: If you truly live on a small island — small enough that everyone knows everyone else’s business but large enough to have more than one trans sex worker — then your ex-boyfriend’s wife is gonna find out sooner or later. But even if it means she finds out a little later, it would be better if she found out from someone other than you. Assuming your ex’s wife doesn’t already know and approve, if the bearer of bad news is a bitter ex — or someone who can easily be cast as one — your ex-boyfriend will have a much easier time convincing his wife that it isn’t true. Better she should hear it from the vicar.

Q: I’m a gay boy in the big city and I want to start doing sex work as a side gig. But I have no idea how to start. First steps?

A: First steps: Get vaccinated against monkeypox, Hep A and B, and HPV, and get on PrEP. Talk with other people who are doing or have done sex work. There are a lot of sex workers on Twitter; most aren’t there to solicit customers, but to advocate for their rights and create community. Follow and learn.

Q: I met a guy who is very gifted at giving me multiple orgasms, but I have a hard time getting him to come at all. Any advice?

A: If he doesn’t want to come, don’t make him. No problem. But if he’s not coming because you want to make him come with your own hand, pussy or mouth, and he can’t come that way, then there is a problem here, and it’s you. Give him permission to enjoy oral and PIV and whatever else you both enjoy before finishing himself off with the same skilled hands he’s using to get you off. Problem solved.

A: We’re big fans of Spunk. Full disclosure: This isn’t a paid endorsement — but the last time I mentioned Spunk in a column, they sent me a case. That was years ago … and we’re almost out. Cough, cough.

Q: We often talk about warning signs/red flags with kinky Doms. What about subs?

A: No one should play with …

Go to Savage.Love for Dan’s answer to this question and more: [email protected]
Listen to Dan on the Savage Lovecast
Follow Dan on Twitter: @FakeDanSavage