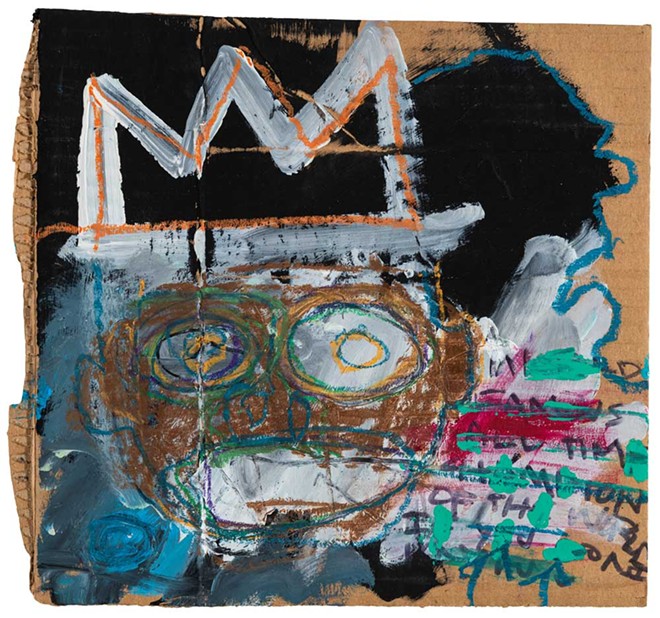 Orlando Museum of Art Director Aaron De Groft was fired by the museum board on Tuesday, as the turmoil and fallout continues from their troubled Jean-Michel Basquiat exhibit.

The Board of Trustees at OMA shared the news late Tuesday night, saying that they were concerned about the exhibit as well as the way De Groft handled himself while representing the museum.

“[The Board]is extremely concerned about several issues with regard to the ‘Heroes and Monsters’ exhibition, including the recent revelation of an inappropriate e-mail correspondence sent to academia concerning the authentication of some of the artwork in the exhibition,” they wrote.  “We have launched an official process to address these matters, as they are inconsistent with the values of this institution, our business standards, and our standards of conduct.”

The termination ultimately comes down to the questionable exhibit, purporting to show 25 uncovered Basquiat paintings. The story of those paintings has been called into question from several different angles. The man who is said to have purchased the paintings directly from Basquiat told federal agents he never met the late painter. A brand mark on the cardboard canvases on which paintings were done seems to suggest they weren’t made at the time that the exhibition claims. The Los Angeles art dealer who was providing a living space at the time the paintings were allegedly made said he found the whole story unlikely.

Art expert Jordana Sagesse objected to the way her name was used in the exhibit, claiming that the museum misrepresented her statements to establish the artworks as legitimate. She also said an interview with her that was contained in the exhibit catalog was entirely fabricated.

When she brought these concerns to De Groft, he told her to “shut up” and “stop acting holier than thou,” according to an FBI affidavit.

“Stay in your limited academic lane,” De Groft said over email, while threatening to share the amount she was paid for her contributions to the exhibit.

That affidavit was included in an FBI search warrant that allowed them to raid the museum and seize the 25 paintings on Friday.

The board appointed Joann Walfish, who has served as the museum’s chief financial officer, to serve as interim director of the museum while they seek out new leadership.