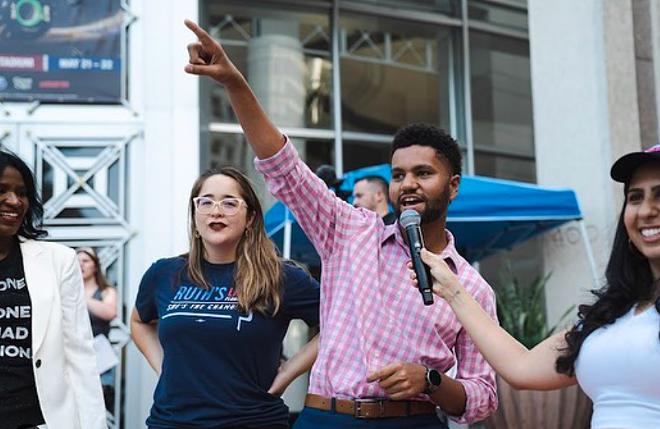 25-year-old Maxwell Frost is well on his way to being the first member of Generation Z to serve in Congress.

Frost beat out a field of experienced Democratic legislators to win the Democratic primary for Florida’s 10th district on Tuesday. The former ACLU organizer and activist came in a full 10 percentage points ahead of his nearest competitor, Florida state Senator Randolph Bracy.

The Democratic nod is as a good as a ticket to Congress in the district in recent years. While current US House Rep. and Republican Daniel Webster ruled the district early in the ’10s, a court’s finding that the district illegally favored Republicans in 2014 and a subsequent redrawing of district lines has turned the 10th into a Democratic stronghold.

Val Demings has won every election in the district since 2016, winning by more than 60% each time she was challenged for the seat. (In 2018, she ran unopposed.) Demings is leaving the position to challenge Marco Rubio for one of Florida’s two Senate seats.

“Today’s election is proof that Central Florida’s working families want representation that has the courage to ask for more,” Frost shared in a statement. “I share this victory with the nurses, forklift drivers, teachers, caregivers, social workers, farmers, union organizers, cashiers, and other members of this vibrant community who supported this campaign.”