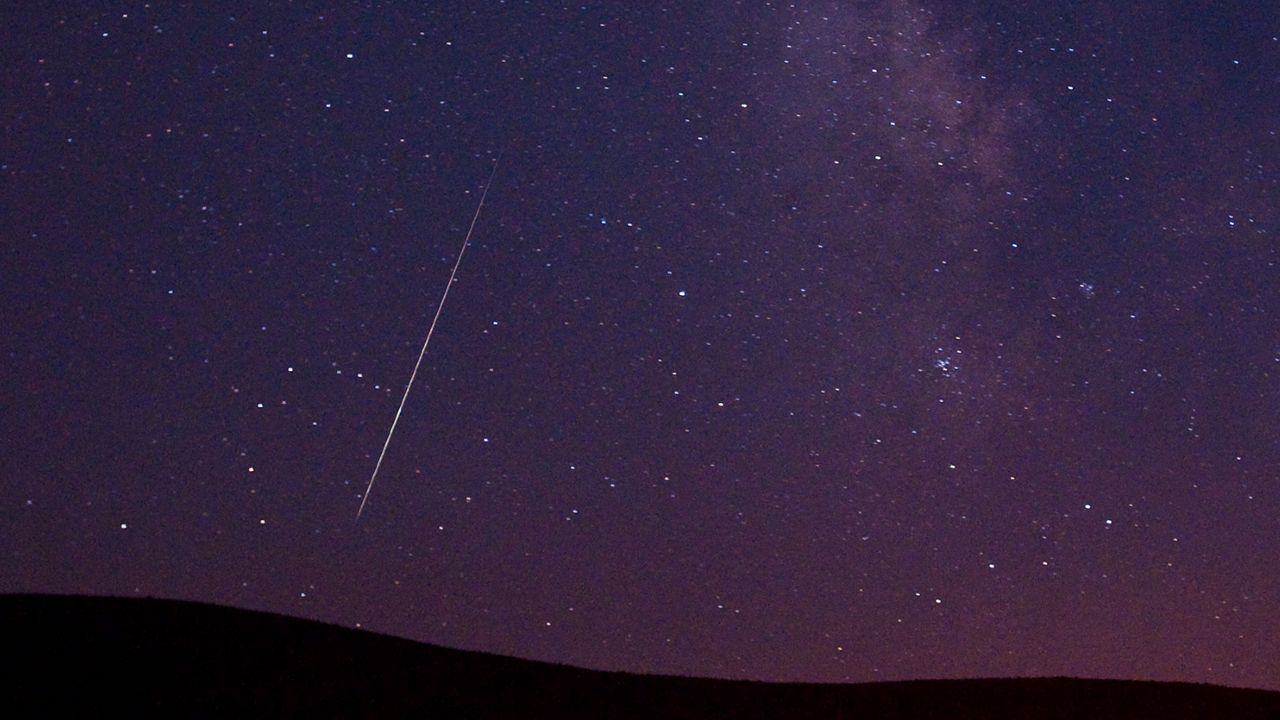 The week wraps up with two night-sky events, but one will make the other hard to see.

The Perseid meteor shower peaks the night of Aug. 12-13, according to the American Meteor Society, as the Earth passes through the dust and debris of Comet Swift-Tuttle.

The Perseids are one of the more well-known meteor showers, since they can produce dozens of meteors per hour in a typical year, and they’re easier to watch since they happen during the warmth of summer.

In the evening, the radiant (the point from which the meteors appear) rises in the north. You might see some graze the lower part of the sky. Your chances of seeing more shooting stars will get better if you watch between midnight and dawn when the radiant is higher in the sky.

A meteor streaks across the sky during the Perseid meteor shower in 2009. (AP Photo/Kevin Clifford)

One caveat? We have a full moon to deal with, which happens the evening of Aug. 11. The moon’s brightness will wash out some meteors that would otherwise be visible.

August’s full moon is often called the Sturgeon Moon. Since the moon is still near perigee–the closest it is to Earth in its orbit around the planet–this is the third and final supermoon of the year.

Don’t let the nearly full moon stop you from stargazing, though. NASA’s count of fireballs shows they’re more common during the Perseid meteor shower than any other, so you could see an especially bright meteor.

EarthSky has some suggestions on how you can enjoy the Perseids, even with a bright moon to contend with. And take a look at our 2022 celestial calendar so you don’t miss out on other night sky events happening the rest of the year.