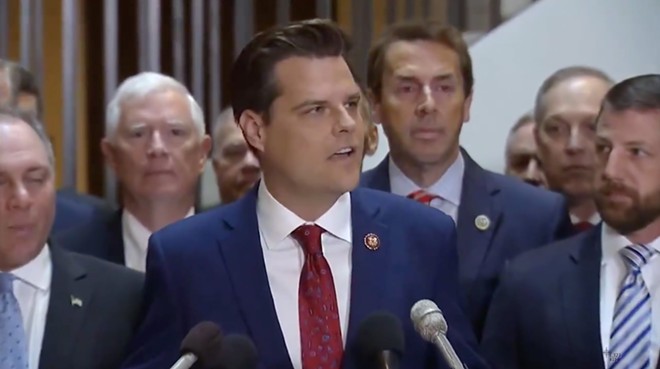 Matt Gaetz sought a preemptive pardon for charges that might come from an investigation into allegations that the Florida representative engaged in sex trafficking, according to a former White House aide.

John McEntee, the former head of the White House’s personnel office, revealed this tidbit during his testimony before the US House’s committee investigating the Jan. 6 riots in Washington, DC. McEntee said Gaetz was seeking a pardon, though he was not clear about the charges. The former aide also had trouble placing the request in time. He was unable to say whether the request came before or after Jan. 6.

McEntee told the committee that Gaetz maintained “he did not do anything wrong,” saying that investigators are “trying to make his life hell” before saying  “if the president could give him a pardon, that would be great.”

Gaetz denied that he requested a pardon in a statement to the Washington Post, which broke the story.

Gaetz has been under heavy scrutiny following the arrest and conviction of his former associate Joel Greenberg. Once the tax collector for Seminole County, Greenberg pleaded guilty to several federal charges, including sex trafficking stemming from his association with a then-minor sex worker. This person is believed to be at the center of the charges against Gaetz, who was caught providing Greenberg with money that appeared to go to escorts arranged by Greenberg.

Greenberg has had his sentencing postponed several times as he cooperates with federal investigators into Gaetz and other associates.