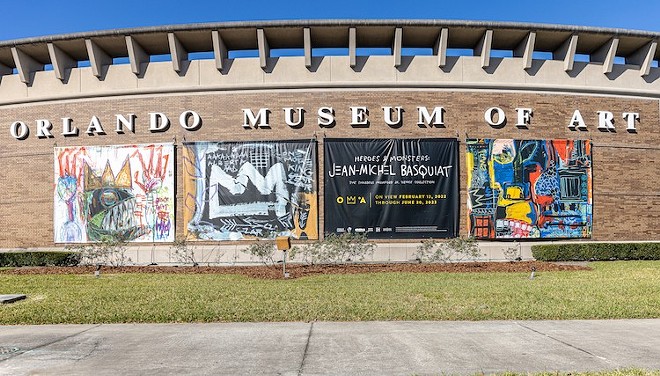 The Orlando Museum of Art is moving forward after a tumultuous few months that saw the museum raided over the exhibition of seemingly counterfeit art and the cancellation of a planned satellite campus.

The museum shared that they are convening a task force to examine their standards for bringing in and putting on exhibitions. The overhaul is in response to the failed Basquiat exhibition “Heroes & Monsters.” Under the stewardship of now ex-director Aaron De Groft, the museum appeared to ignore questions about the authenticity of the exhibit, which would have been a coup for the museum had the artwork been genuine.

The exhibit claimed to showcase a series of never-before-seen paintings from late artist Jean-Michel Basquiat. Art experts  raised doubts and the supposed original purchaser of the artwork told FBI investigators that he had never met the artist. The paintings were seized by authorities and De Groft was ousted. The task force appears to be a small step toward rebuilding trust in OMA’s exhibitions.

“The Task Force has engaged an independent outside law firm to assist with examining oversight procedures for the review and approval process of exhibitions,” said OMA trustee  Mark Elliott in a press release. “We will also seek to identify ways to strengthen stewardship of OMA’s expanding permanent collection.”

OMA also announced the return of a familiar face to serve as interim director.  Dr. Luder Whitlock will once again serve in the role, while the museum seeks out a permanent replacement.

“We are taking some pretty definite steps,” said Dr. Whitlock of the plan for OMA. “We want to put the past behind us.”