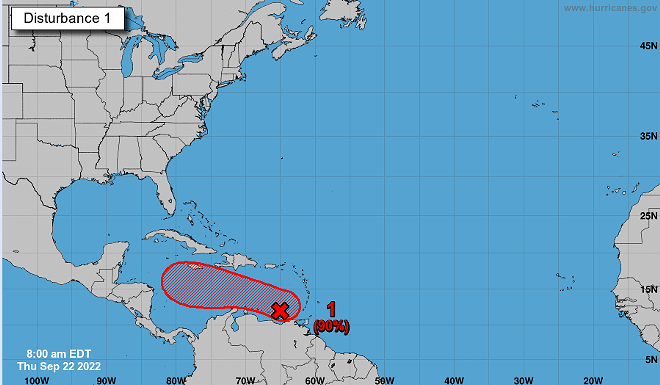 While two named storms spin in the Atlantic, Floridians could focus on a growing system that was producing showers and thunderstorms Wednesday afternoon near the southern Windward Islands.

The tropical wave, with a 70 percent chance of developing into a named storm in the next two days, was moving west-northwest toward the central Caribbean Sea.

“Regardless of development, heavy rainfall is forecast to affect northwestern Venezuela, northeastern Colombia, and the ABC island chain later this week,” according to the National Hurricane Center in Miami, referring to Aruba, Bonaire and Curacao.

Hurricane Fiona in recent days caused massive flooding and power outages in Puerto Rico and was forecast to move near Bermuda late Thursday.