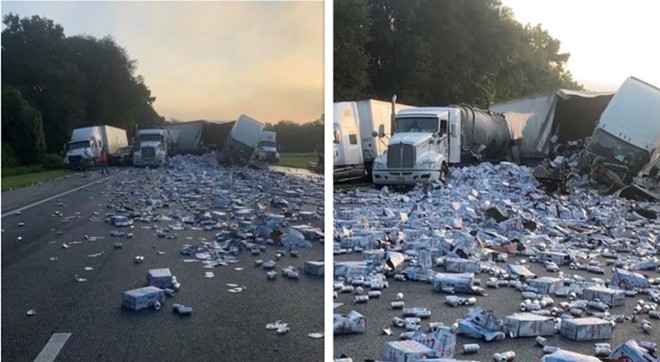 A major party foul resulted in multiple lane closures on a section of highway in Hernando County this morning.

According to the Florida Highway Patrol (FHP),  a collision involving four semi-trucks and one pickup shutdown southbound lanes of I-75 at mile marker 296, and sent cases of Coors Light across the roadway.

It’s unclear exactly what led to the crash, and what will happen to all those cases of “The World’s Most Refreshing Beer.”

As of publishing, the Silver Bullets have been cleared, and all lanes are back open. Only minor injuries were reported, says FHP.