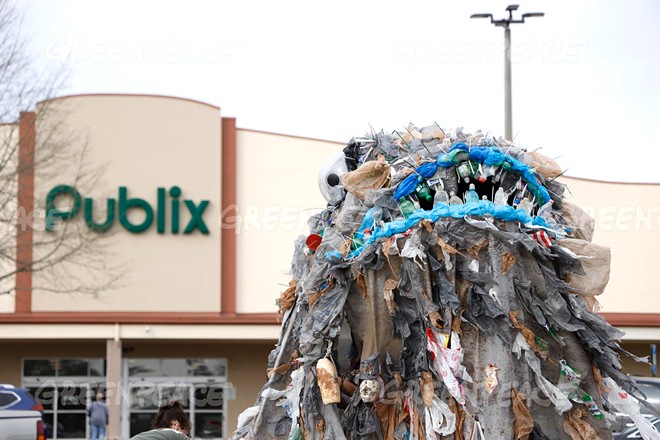 A new “Clean Water Act at 50” study from the nonprofit Environmental Integrity Project (EIP) found the state of Florida ranked the highest in the U.S. for most acres of lakes too polluted for swimming or maintaining healthy aquatic life.

Based on issues like low oxygen level, high fecal matter or harmful bacteria, the EIP says that 873,340 acres of Florida lakes are impaired for swimming and aquatic life, the most in the country.

Florida also ranked second in the nation for both lakes that cannot be used at all, with 935,808 acres, and for having 2,533 square miles of impaired estuaries (Louisiana is no. 1 in both those categories).

The study was based on the 2020 water quality report from all states filed with the U.S. Environmental Protection Agency.

According to the EIP, the most problematic areas in Florida are the Everglades and Lake Okeechobee.

According to the report, in 2021 Lake Okeechobee was “blanketed in blue green algae.” These algae blooms can be toxic to local wildlife, people drinking the water or breathing the air nearby. This exposure can lead to allergic reactions such as skin rashes, eye irritations and respiratory symptoms.

The name of the study comes from the 1972 Clean Water Act created to eliminate the mess decades of industrialization brought to the waters across the nation. The act made discharging pollution from point sources a federal crime and demanded states to monitor impairments in the water. The law aimed at reaching healthy targets for recreation and aquatic life by 1983 and stopping the discharge of pollution into navigable waters by 1985.

However, that didn’t fully happen.

The study recognized that the act failed to address the run-off from cities and neighborhoods and the fertilizer used in agricultural practices that flow into waterways.

Now, the EIP hopes to raise awareness on these environmental issues and get a plan of action in motion from the government to reduce the amount of pollution.

The report suggests that Congress should frequently update pollution standards to stay up to date with industries, close the loophole for urban and agricultural run-off, set universal standards across states and enforce more clean-ups.