Danielle puts an end to the “hurricane drought” 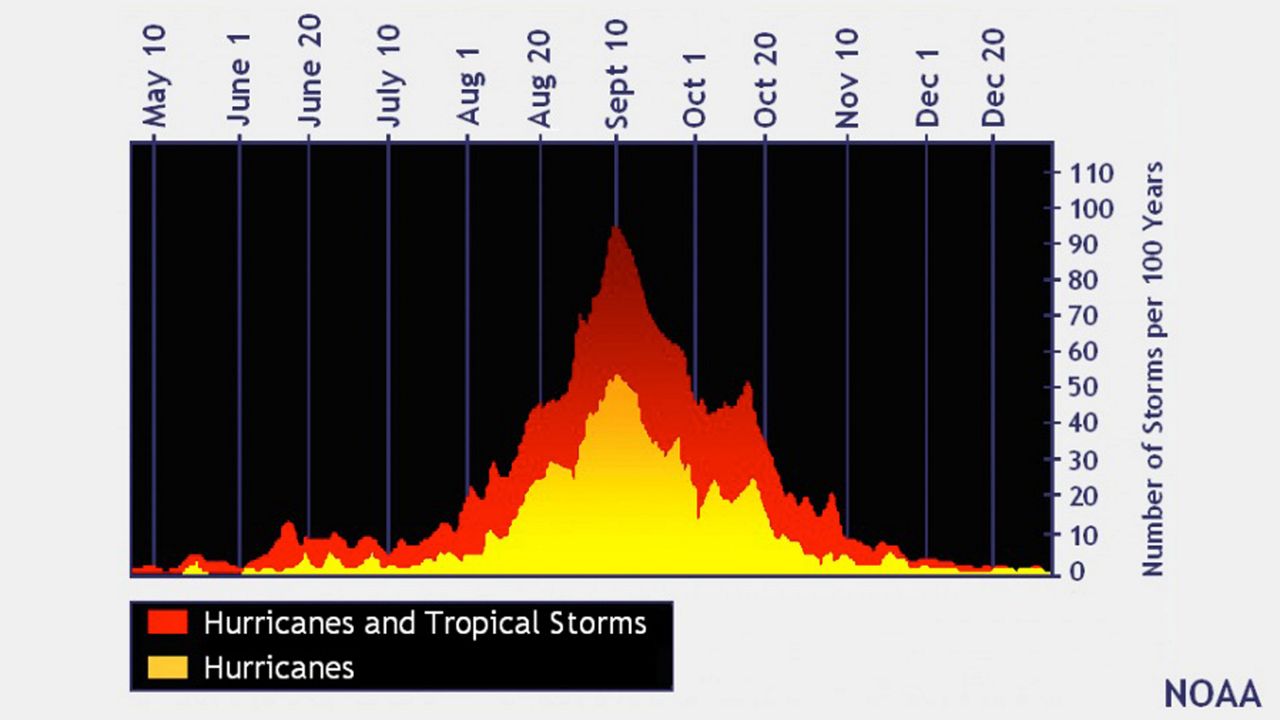 Compared to the last couple of seasons, the 2022 Atlantic Hurricane Season is a late-bloomer, so to speak.

We’ve only seen five storms named since it began on June 1, with only Danielle becoming a hurricane just eight days prior to the statistical peak date.

Danielle put an end to our streak of hurricane-free days this season, but it wasn’t the longest time the Atlantic went without a hurricane.

Following the active 2020 and 2021 season, this year started off rather mundane. Even though three named storms developed in June and early July, the season underwent a lull from mid-July into early August, where very little activity took place in the Atlantic basin.

Through the month of August, a few tropical waves grabbed the attention of meteorologist yet it wasn’t until the end of August that things started cooking up in the tropics.

On Thursday, Sept. 1, Danielle became the fourth named storm of the season before quickly strengthening into a hurricane the following day, finally giving the 2022 season its first hurricane.

Before Danielle, Sam was the last hurricane, on Oct. 5, 2021. That means between the 2021 and 2022 seasons, we saw a whooping 332-day stretch with no hurricanes, tying with the 1993-1994 season as the fourth longest stretch of hurricane-free days in the Atlantic.

Fun fact: Since 1965, the Atlantic has never gone a year without a hurricane. It came rather close between the 1983 and 1984 seasons through.

Despite the slow start, NOAA is still expecting the 2022 hurricane season to be above normal.

We expect seeing more activity in the tropics this time of year, given Sept. 10 marks the statistical peak of the Atlantic hurricane season.

While the first hurricane of the season usually forms before the start of September, it certainly isn’t the first time. In fact, it’s occurred six times over the last 56 years- the latest forming on Sept. 11 both during the 2002 (Gustav) and 2013 season (Humberto).