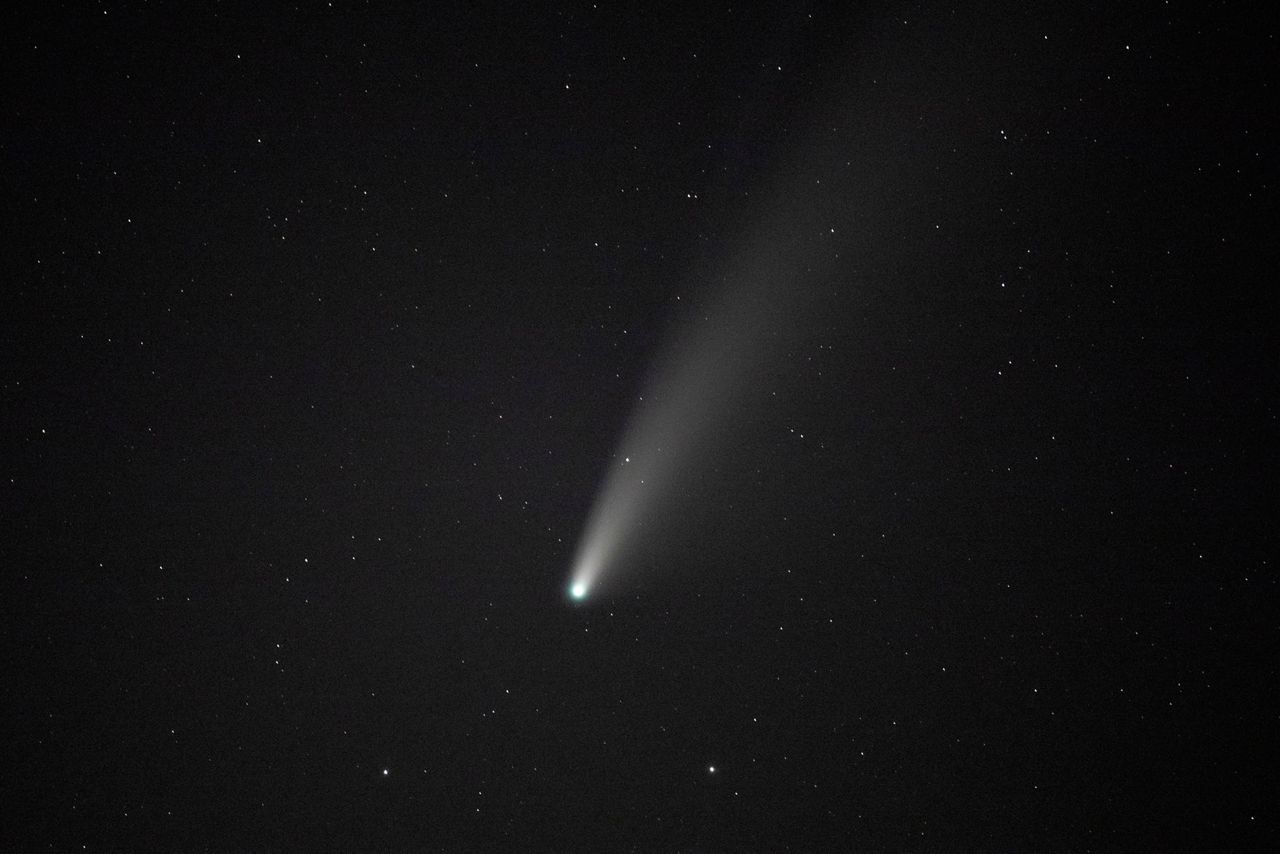 Although the days may be longer, there is nothing quite like enjoying a calm, maybe a little balmy summer night.

Provided there’s little to no clouds around, many marvel at the infinite number of stars and planets dotting the pitch black sky, most which are several light years away.

Despite it being the rainy season, there’s plenty of opportunities to summer stargaze in the Southeast. Paying close attention to the weather forecast and knowing where to go are key.

While the cold, dense air during the winter months typically offers the clearest views, there’s something about the summer months that makes stargazing much more appealing. Perhaps it has something to do with the warmer temperatures?

Regardless of when and where you go, one thing holds true: There is always something to look at, provided the weather cooperates. To see what’s in store the rest of the year, check out our celestial calendar.

The U.S. offers plenty of great locations for those captivated by starlit skies, some more notable than others. Most national parks serve as ideal spots. But having opting to stargaze close to home is comforting and convenient.

Weather permitting, of course, the most suitable locations to stargaze include areas with minimal obstructions of the sky and have little to no light pollution. This rules out any places inside or within proximity to our bustling cities.

Check out this intriguing interactive light pollution map created by The Cooperative Institute for Research in Environmental Sciences (CIRES) at the University of Colorado Boulder.

That said, it is also better to wait until after midnight or the predawn hours when it is the darkest.

Astronomers also advise that you plan your trip in the days right before, during and after the new moon. Believe it or not, the brightness of the full moon alone can sometimes be enough to limit views regardless of where you are.

A vacation hotspot, millions of tourist head to the Tarheel State each year. North Carolina’s many diverse landscapes provide the ultimate summer getaway to beach-goers and hikers alike.

While different during the day, both the mountains and the coast share one thing in common at night. Clean views of the skies.

If looking at the stars isn’t enough, visitors could learn more about the national seashore and how it became a Dark-Sky Park by attending one of the scheduled outreach events held by the Crystal Coast Stargazers Club.

Just keep in mind that Cape Lookout National Seashore is only accessible by boat, so visitors could either opt to take the public transportation route via ferry, or take their own private boat.

If the mountains are calling (and you must go), take a drive along the Blue Ridge Parkway. This scenic route is stunning no matter what time of day you travel. For stargazing enthusiast, it is an easy and affordable option to appreciate the starlit skies.

Some go-to spots along the parkway include Graveyard Fields and Craggy Dome Overlook. Just off the parkway, south and west of Ashville, the dark Hominy Valley remains a nighttime photographer-favorite and worth a stop.

Those interested in getting a closer look at the stars through a state-of-the-art telescope can schedule a two-hour stargazing session at the Bare Dark Sky Observatory in Maryland Earth to Sky Park, which was also recognized as a Dark Sky Park by the IDA.

The admission into the observatory grants access to the “Sam Scope,” the largest telescope in the Southeast that the public can use. Keep in mind, though, that viewing times vary depending on the moon cycle and sunset times.

Despite more rain and clouds during the summer months, the Sunshine State isn’t completely void of clear nights. Stargazing is still possible.

Home to Kennedy Space Center, Florida is a mecca for space exploration or anything space-related. Millions travel to the state’s infamous Space Coast eager to watch a rocket launch, tour the historic grounds or meet an astronaut.

While there is plenty to see and learn there, some of the best stargazing spots aren’t in this space-crazed part of the state.

About two hours south of Orlando, Kissimmee Prairie Preserve State Park is one of Florida’s darkest areas and IDA named it the state’s first Dark Sky Park. Hence, it is an ideal spot for stargazing.

The night sky above the prairie at Kissimmee Prairie Preserve State Park is so dark that campers can spot the Milky Way without using telescopes or binoculars.🔭 #FeatureFriday

On a clear night, visitors can expect to spot several notable stars, constellations and planets, Jupiter and Saturn. But that’s not all. When timed out just right, viewers may catch a quick glimpse of the International Space Station zooming by as well.

Another benefit? Come when there’s a launch scheduled after sunset and you’ll be able to see the rocket blasting off from Cape Canaveral into space. That’s a unique experience you won’t find at many other parks.

One thing to note, the park closes at sunset. However, visitors can reserve a campsite or astronomy pad pass in order to stay in the park after hours. For addition information regarding park admissions, click here.

As mentioned above, national parks and preserves are among some of the best locations to view the night sky. With that, Everglades National Park and Big Cypress National Preserve are also suitable options provided there are no clouds around.