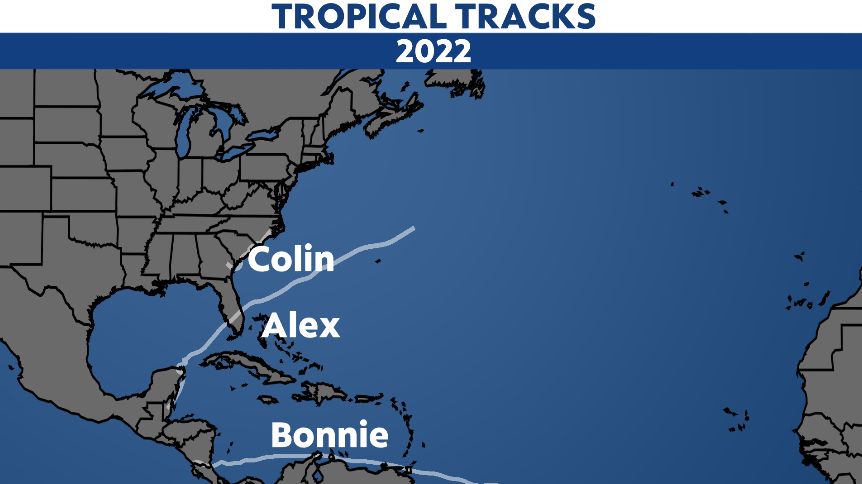 The tropical Atlantic has gone quiet, but an active season may still be in our future.

Despite the recent quiet, it was a somewhat busy start to the 2022 Atlantic hurricane season.

In June, Alex formed just off the Florida coast, dumping heavy rain across the Bahamas and south Florida.

The early days of July also saw activity, with Bonnie developing in the southern Caribbean and short-lived Colin forming along the Carolina coast.

Since then, it has become dead quiet in the entire tropical Atlantic.

We are watching a system in the northern Gulf of Mexico that could organize further, but no major activity is expected in the entire basin for the next several days.

So what is going on?

We remain in a La Niña pattern. This pattern allows wind shear to decrease in the Atlantic, which almost always creates active hurricane seasons. But things are a little different than the past two seasons.

Saharan dust has been prominent across the open Atlantic, which helps suppress tropical activity.

We have also seen higher wind shear than expected, which also helps to weaken tropical waves.

Finally, sea surface temperatures in part of the open Atlantic have been cooler than average. These water temperatures are the fuel that helps tropical waves organize, and less fuel can help lessen tropical activity.

Looking long-range, it is starting to become likely that tropical activity may be on the low side through late August. None of the major forecast models are indicating a significant threat for development.

But the season is far from over.

The latest forecasts from NOAA and Colorado State University still call for an active season, but a historic year like 2020 is looking unlikely.

Some previous active years have had lulls in July and August.

In 2019, there was a full month gap between Hurricane Barry and Tropical Storm Chantal in July and August.

That year would go on to produce 18 named storms, six hurricanes and three major hurricanes, including Hurricane Dorian, which ravaged parts of the Bahamas.

It is too early to know for certain if that is in the future, and while the lull in the tropics has been nice, the building blocks remain in place for an active season in 2022.