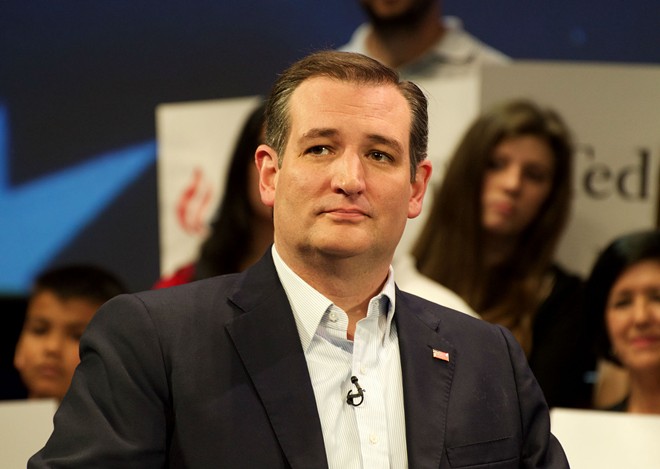 American Civil Liberties Union lawyers might not often side with U.S. Sen. Ted Cruz, the firebrand conservative Republican from Texas.

But they are pointing to a Cruz win in the U.S. Supreme Court to try to bolster a challenge to a Florida law that limits large contributions to political committees proposing ballot initiatives.

The Supreme Court last week ruled in favor of Cruz in a fight about a federal law that limited repayments of money that candidates loan to their campaigns. The case involved money that Cruz loaned to his hard-fought 2018 race against Democrat Beto O’Rourke, with the Supreme Court saying the law “burdens core political speech without proper justification.”

A day after the opinion, lawyers for the ACLU Foundation of Florida filed a document in the challenge to the Florida ballot-initiative law, saying the Supreme Court opinion in the Cruz case “reiterates plaintiffs’ core argument against Florida’s initiative contribution limit.”

The ACLU lawyers then quoted part of the opinion that said, “This Court has recognized only one permissible ground for restricting political speech: the prevention of ‘quid pro quo’ corruption or its appearance. … We have consistently rejected attempts to restrict campaign speech based on other legislative aims.”

But attorneys for the Florida Elections Commission, the defendant in the ballot-initiative case, pushed back Tuesday, writing in a court document that the ACLU’s filing of what is known as supplemental authority doesn’t “impact” key issues in the case.

“Plaintiffs’ supplemental authority involves an aggregate limit on the amount of post-election contributions that can be used to repay a candidate’s personal loans in a federal campaign,” the state agency’s attorneys wrote..

The ACLU of Florida and other plaintiffs challenged a 2021 state law that placed a $3,000 limit on contributions from in-state and out-of-state donors to political committees gathering petition signatures for ballot initiatives. U.S. District Judge Allen Winsor in July issued a preliminary injunction against the law on First Amendment grounds.

With the underlying case still pending, the Republican-dominated Legislature this year revamped the law to only apply the $3,000 limit to out-of-state donors. That has led to wrangling about whether the lawsuit is moot.

The 2021 law and this year’s measure (HB 921) were part of years of efforts by Republican leaders to make it harder to pass citizens’ initiatives. Political committees typically have to raise and spend millions of dollars to collect the hundreds of thousands of petition signatures needed to reach the ballot.

The 2021 law and the new measure would limit contributions during the petition-gathering phase of initiatives. The limit would not apply after initiatives qualify for the ballot.

But Winsor, who was appointed to the bench by former President Donald Trump, said in last year’s preliminary injunction that the limit would improperly curtail political speech.

The state “bears the burden of justifying restrictions on political expression by advancing at least ‘a significantly important interest’ that is ‘closely drawn to avoid unnecessary abridgment of associational freedoms,’” Winsor wrote.